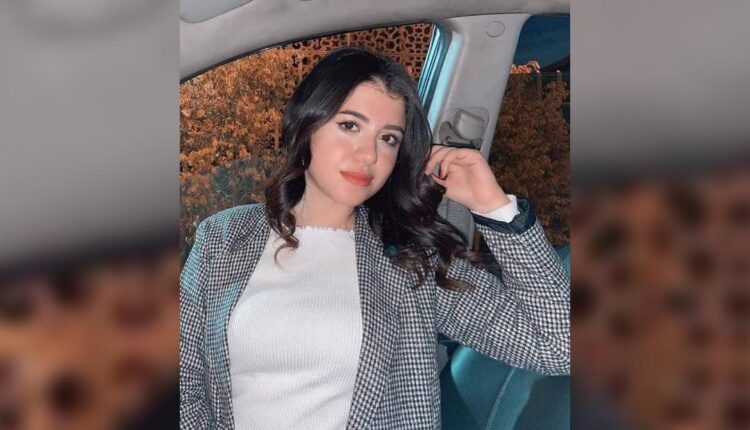 Naira Ashraf, 21, was fatally stabbed on Monday by a man whose advances she rejected, according to Egyptian prosecutors who said the suspect was arrested outside northern Egypt’s Mansoura University, where the incident took place and where Ashraf was studying.

Video from a nearby CCTV camera showing a man attacking a woman outside the university went viral across the Arab world this week. A lawyer for Ashraf’s family confirmed to CNN that the video shows the incident in which Ashraf was killed.

The Egyptian prosecution said that the suspect had been referred to the criminal court and will stand trial for premeditated murder. The first court hearing is scheduled for Sunday. CNN could not reach the suspect or his family for comment, and it was not immediately clear whether he had an attorney.

“Definitely, Naira’s killing was not an isolated incident,” Lobna Darwish, gender and human rights officer at the Egyptian Initiative for Personal Rights (EIPR), told CNN. “[But] we are [now] seeing more coverage of violence against women.”

Data is lacking since such incidents are not properly documented by the state, Darwish said, but cases of abuse are seen in the news on an almost monthly basis. “We are seeing patterns that are alarming,” she added.

The Arabic equivalent of the hashtag #Justice_for_Naira_Ashraf has been widely trending across Arab countries since the killing.

“We need a law that fights violence,” said Azza Suliman, an Egyptian lawyer and chairwoman of the Center for Egyptian Women and Legal Assistance. There also needs to be a discourse around women that is respectful and dignifying in order to create trust between women and the state apparatus, she added.

The slain woman’s father, Ashraf Abdelkader, told CNN that the suspect had asked to marry her several times but was rejected. The suspect had also allegedly created fake accounts to follow her on social media, he added. Eventually Abdelkader filed for a restraining order in April.

“She did not want to get married, she wanted to follow her career … and wanted to be a flight attendant,” Abdelkader said.

Darwish said that the victim and her family exhausted all measures to protect Ashraf, “and yet again, the whole system — whether social or legal, failed.”

Suliman said that for women to feel comfortable reporting such incidents, there is a need to “rehabilitate the channels for justice, which include the police, judges, and the prosecution.”

Some responded to the killing by laying the blame on the victim. A controversial former TV host, Mabrouk Atteya, said in a video on social media that women “should cover up” to stop men from killing them.

“Women and girls should cover up and dress loosely to stop the temptation… if you feel like your life is precious, leave the house completely covered up to stop those wanting you from slaughtering you,” Atteya said in a live stream.

Darwish noted that while Egypt is moving forward with tougher sexual harassment laws, enforcement is still lacking among both police and society, which in turn discourages many women from seeking legal assistance.

Egypt’s State Information Services did not respond to CNN’s request for comment. Egypt’s National Council for Women could not be reached.

Harassment is illegal in Egypt, and in June of last year, the state tightened sexual harassment laws, raising fines and extending prison sentences, according to state media.
The United Nations Development Program in 2019 ranked Egypt 108 out of 162 countries measured on gender inequalities in health, empowerment and economic activity.

Last year, nine women were prosecuted on charges of violating family values after they posted videos in which they danced and sang and invited millions of followers to make money on social media platforms, Reuters reported.

“When the state supports this kind of discourse in any way by criminalizing women for the way they dress or how they present themselves, it gives a green light for these people,” Darwish said, referring to men who put the onus of modesty and morality on women.

“This happens a lot,” said Darwish, referring to violence against women. “Just not on camera.”

Iraq’s parliament swore in dozens of new lawmakers on Thursday to replace a bloc loyal to the powerful Shiite cleric Moqtada al-Sadr, strengthening the power of rival Iran-backed politicians in the assembly.

The EU High Representative for Foreign Affairs Josep Borrell was set to visit Iran on Friday and Saturday to discuss reviving the 2015 nuclear deal, according to a tweet on his official account.

Turkey and Israel are working on restoring diplomatic ties back to the ambassador level, Turkish Foreign Minister Mevlut Cavusoglu said on Thursday at a joint news conference with his Israeli counterpart Yair Lapid.

Amineh Kakabaveh, who fought as a member of the Kurdish Peshmerga and has been a member of parliament in Sweden for the past 14 years, tells CNN’s Becky Anderson why she is fighting for Kurdish rights amid Turkey’s opposition to Sweden’s NATO bid. Watch the interview here.

Mobile phone operators in the United Arab Emirates are moving beyond phone numbers by allowing users to contact each other via “tags” — and they’re selling them for big bucks.

The tags will serve as shortcuts to phone numbers. They consist of a hashtag followed by one to five digits. The country’s main telecom company e& (formerly known as Etisalat) has begun auctioning some of the most sought-after numbers.

In a country that’s obsessed with distinguished numbers, some tags are fetching bids in the millions of dirhams.

“#TAG is not only a unique short phone number, but also an innovative marketing and communication tool,” said Omar Matar Al Manna, the Executive Director of Emirates Auction, which is arranging the sale. “Creating a VIP number that is personal to the business sets them apart and draws new customers with ease,” he told state-run WAM news agency.

The country has seen bids for phone numbers and car plates run into millions of dirhams in the past. In April, the Abu Dhabi license plate number “2” was sold at auction for a whopping $6.3 million, while a traditional phone number last year was sold for over $800,000.

The Callisto Protocol Cover Story – The Dark Side Of The Moon