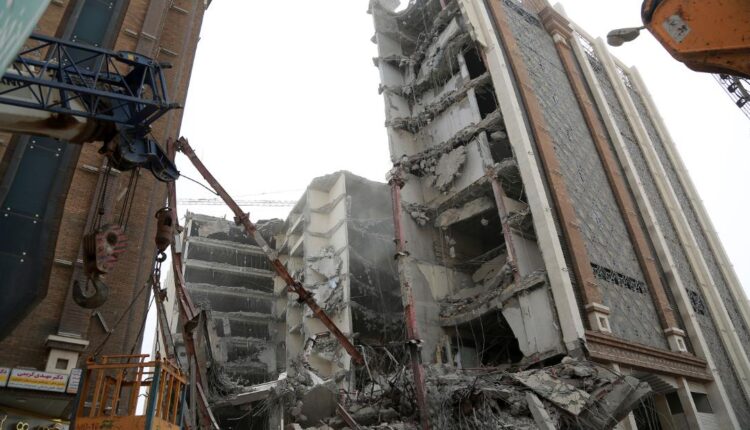 
At least 80 people remain trapped under the rubble, the Red Crescent said.

Videos and pictures shared by the organization showed rescue teams at the site removing rubble and debris from a destroyed building. One helicopter, 12 teams, and sniffer dogs were dispatched as the rescue operation continues, the Red Crescent said.

“Adjacent buildings nearby also have unstable conditions and are at risk of collapse,” it added.

The owner of the building and the contractor were both arrested, the Abadan special prosecutor said according to Iranian media. The cause of the collapse is under investigation, Iran state media said.