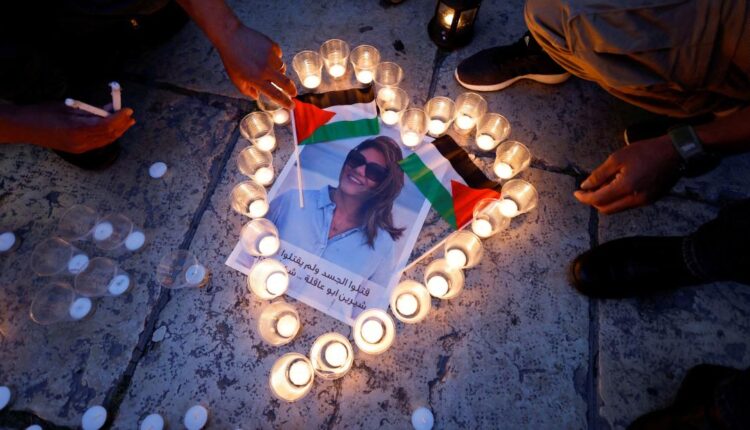 Al-Khatib said the Al Jazeera journalist was running away from the direction of the gunfire when the 5.56 mm bullet struck her in the head, causing a laceration of the brain tissue and killing her.

The autopsy was performed at the Forensic Medicine Institute of Al Najah University, in Nablus.

A CNN investigation published Tuesday also suggested that Abu Akleh was targeted by Israel Defense Forces, based on eyewitness testimony, an audio forensic analyst and an explosive weapons expert.

But the IDF says it is not clear who killed Abu Akleh, arguing that she was shot either by Palestinian militants firing indiscriminately or by IDF troops returning fire. The IDF says it is investigating but needs the bullet that killed her to determine who fired the fatal shot.

“Any claim that the IDF intentionally harms journalists or uninvolved civilians, is a blatant lie,” he said.

Al-Khatib said Thursday that the bullet that killed Abu Akleh would not be handed over to the Israeli military for investigation.

“Israel asked for the bullet even before we began the investigation. This proves they were trying to fool us and the whole world,” Al-Khatib told reporters. “We will never give them the bullet.”