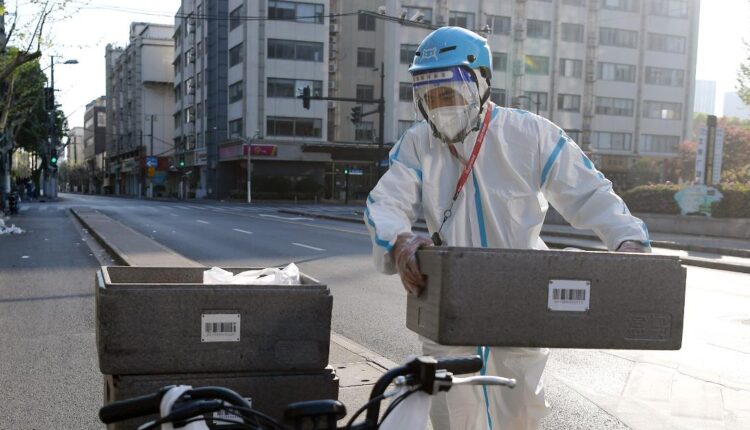 Shares of the Chinese tech and e-commerce giant jumped more than 6% in premarket trading in New York on Thursday. Its stock in Hong Kong had earlier closed up 5.2%.

The pop came despite the company reporting revenue of nearly 205.6 billion yuan (about $30.4 billion) in the quarter ended June, roughly in line with what it recorded the same time last year.

But that topped analysts forecasts, and net income was also better than expected, at 22.7 billion yuan ($3.4 billion).

Alibaba (BABA), which owns the hugely popular Taobao and Tmall online shopping platforms, was not immune from the economic pain of Covid-19 lockdowns across China earlier this year.

The company said its retail sales slumped in April and May, particularly as Shanghai and other major Chinese cities dealt with crippling pandemic restrictions that scuttled consumer demand and created logistical nightmares.

But since June, business has picked back up, particularly “as logistics and the supply chain situation gradually improved after Covid restrictions eased,” said CEO Daniel Zhang.

On a conference call Thursday, Zhang said the company had seen glimmers of recovery in categories like fashion and electronics, which were hit hard earlier on.

Despite growth virtually skidding to a halt, Zhang sought to put a good spin on the latest results, noting the company had overcome “soft economic conditions” to “deliver stable revenues.”

However, he warned of a rocky road ahead, pointing to wider economic risks.

“The external uncertainties, including but not limited to international geopolitical dynamics, Covid resurgence, and China’s macroeconomic policies and social trends, are beyond what we as a company can influence,” Zhang told analysts.

“The only things we can do at this moment is to focus on improving ourselves,” he said, adding that Alibaba had focused on narrowing losses across businesses such as its supermarket and food delivery units.

But Alibaba has faced bigger questions lately, particularly after its addition to a key US Securities and Exchange Commission watchlist last Friday. Similar to other Chinese firms, the move puts the tech titan at risk of being ejected from Wall Street if US auditors can’t fully inspect its financial statements.

Alibaba has long had a primary listing in New York, where its shares have traded since a massive IPO in 2014.

Now, it appears to be spreading its bets. Last week, the company announced plans to upgrade its secondary listing in Hong Kong to a primary listing. The change could take place by the end of this year, and would give more mainland Chinese investors access to the stock.

That comes just as one of Alibaba’s biggest longtime backers is seen to be pulling back.

The Financial Times reported Thursday that SoftBank (SFTBF) had “sold more than half” of its holdings in the Chinese company, citing filings of forward sales seen by the newspaper.

SoftBank did not immediately respond to a request for comment.