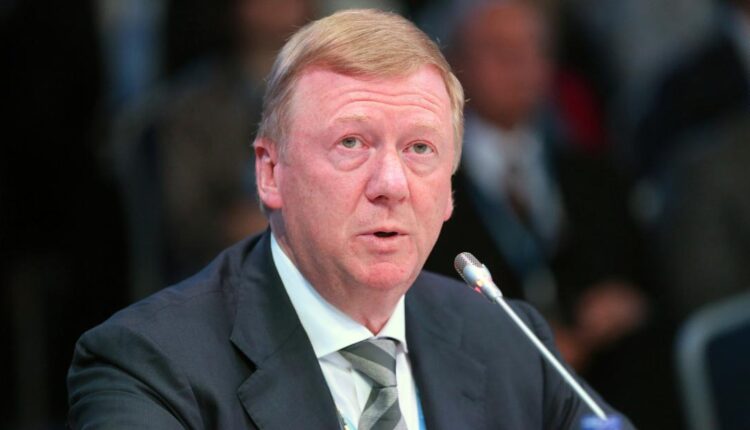 Sobchak said she spoke to Chubais’ wife, who said her husband’s “state is unstable. He felt bad very suddenly, he began to stop feeling the arms and legs.”

Sobchak — the daughter of the late Anatoly Sobchak, the former mayor of St. Petersburg and political mentor to Russian President Vladimir Putin — was a Russian presidential candidate in 2018 and, in recent years, has been critical of Putin, including Russia’s invasion of Ukraine.

She directly quoted Chubais, who said of his condition: “I was hospitalized in one of the European clinics with a diagnosis of Guillain-Barr syndrome. Condition of moderate severity, stable.”

According to the US Centers for Disease Control and Prevention, Guillain-Barre syndrome is a rare disorder in which the immune system harms the body’s nerves.

Chubais did not reply to a request for comment from CNN and it’s unclear where he currently is in Europe.

Kremlin spokesman Dmitry Peskov said Monday the Kremlin doesn’t have details about what happened to Chubais but said it was “sad news.”

Chubais quit his post as a Kremlin special envoy on the environment in March. Reuters, citing two sources familiar with the matter, said he left the country due to the war in Ukraine. Chubais did not respond to CNN’s request for comment at the time. In March, the Kremlin confirmed Chubais left his job. Chubais had been in the environment job since December 4, 2020, TASS said.

He rose to prominence as Boris Yeltsin’s finance minister in the 1990s. In the early days of Putin’s rise to power, Chubais was considered an opponent by the now-president. Putin claimed in a series of interviews in 1999 that Chubais canceled the Kremlin job that he was initially offered.

In recent years, Chubais continued to call for economic reform and was one of the few remaining liberals associated with the Russian government.