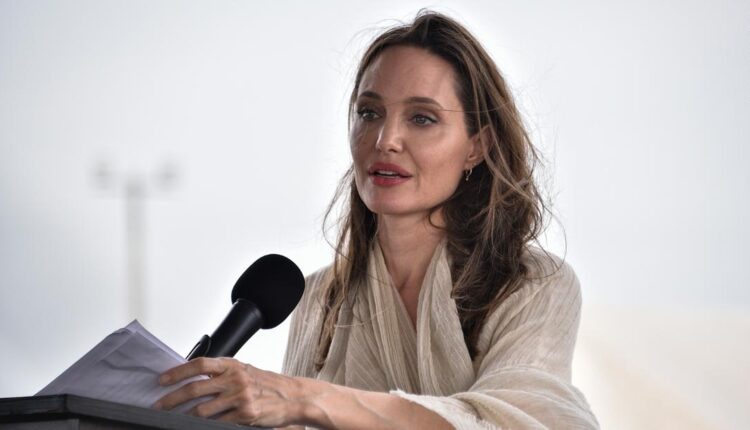 Floods caused by record monsoon rains and melting glaciers in Pakistan’s northern mountain regions have submerged a third of the country’s land, claiming the lives of more than 1,500 people, and impacting an estimated 33 million more, washing away homes, roads, railways, livestock and crops.

Authorities have warned it could take up to six months for the flood waters to recede in the country’s hardest-hit areas, as fears rise over the threat posed by waterborne diseases including cholera and dengue.

The deluge has left 3.4 million children in need of “immediate, lifesaving support,” according to UNICEF, leaving them vulnerable to contracting water-borne diseases, including dengue fever and malaria.

Jolie “is visiting to witness and gain understanding of the situation, and to hear from people affected directly about their needs, and about steps to prevent such suffering in the future,” the statement said.

She will visit the IRC’s response operations and local organizations that are assisting displaced people, it added.

It is unclear whether Jolie has arrived in Pakistan, or how long the trip is expected to last.

Sherry Rehman, Pakistan’s minister for climate change, described the situation as “the worst humanitarian disaster of this decade” and has called for urgent international help in providing “food, tents and medicines.”

“Karachi is seeing an outbreak of dengue as hundreds and thousands of patients are reporting daily at government and private hospitals. The dengue cases this year are 50% higher than last year. With 584,246 people in camps throughout the country, the health crisis could wreak havoc if it will go unchecked,” said Rehman last week.

The country is also facing the prospect of dire food shortages, owing to the destruction of up to 70% of staple crops such as rice and maize. Total economic damages are now expected to total more than $30 billion — triple that of an earlier government estimates.

Jolie “will see first hand how countries like Pakistan are paying the greatest cost for a crisis they did not cause,” the IRC said in its statement.

“The IRC hopes her visit will shed light on this issue and prompt the international community — particularly states contributing the most to carbon emissions — to act and provide urgent support to countries bearing the brunt of the climate crisis,” it added.

Jolie had previously visited the country in 2005 and 2010 following natural disasters, the IRC said.