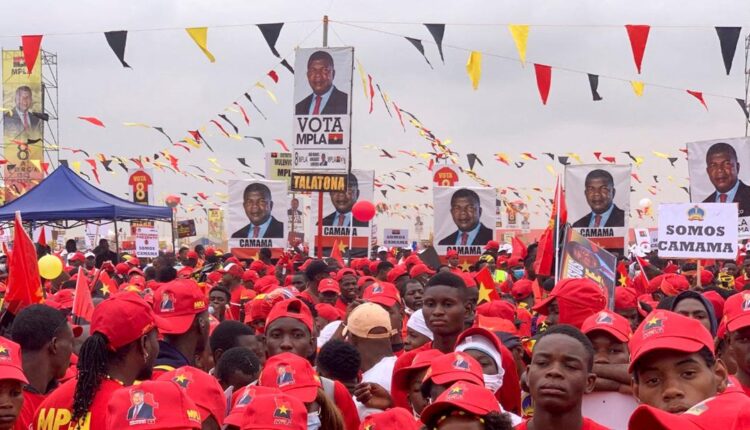 The incumbent Lourenco and his Popular Movement for the Liberation of Angola (MPLA) were declared winner of Wednesday’s presidential and parliamentary election with 51.17% of the votes.

The win extends the MPLA’s 47-year winning streak and comes amid rising disenchantment with the party and state of affairs in the southern African country. Only about 6.4 million of the 14 million Angolans who registered to vote did so, according to the electoral commission.

The main opposition party, the National Union for the Total Independence of Angola (UNITA), led by Adalberto Costa Junior, took 43.95% of the votes.

Civil society campaigner António Soares Gonga was among the disappointed voters who reacted to MPLA’s win.

“As usual, the MPLA is doing everything to perpetuate itself in power. With the exception of the ruling party, no other citizen is happy with the results. The UNITA has become the only possible hope for the Angolan people. Angola hoped to breathe new air, with less corruption and poverty. But the fight continues and one day victory will come,” he told CNN.

Election experts predicted a tight race even though opposition candidates rarely win in Angola. Costa Junior of the UNITA party is a charismatic and popular leader who enjoyed popularity among the country’s youth, many of whom are disaffected and unemployed.

The MPLA has ruled Angola since the country gained independence from Portugal in 1975. Lourenço, 68, who has governed Angola since 2017, claimed to have built “a new Angola,” but during election campaigning Costa Junior, 60, blamed the MPLA’s grip on power for many of the country’s problems, including poverty, inflation, and corruption.

Angola is the second-biggest oil producer in Africa and emerged from the wreckage of a 27-year civil war to become one of the continent’s major economic players. But the country’s vast oil wealth does not trickle down to many of its impoverished citizens.

Lourenço was the hand-picked successor to former President Jose Eduardo dos Santos, who ruled the country for 38 years and became, along with his family, enormously wealthy.