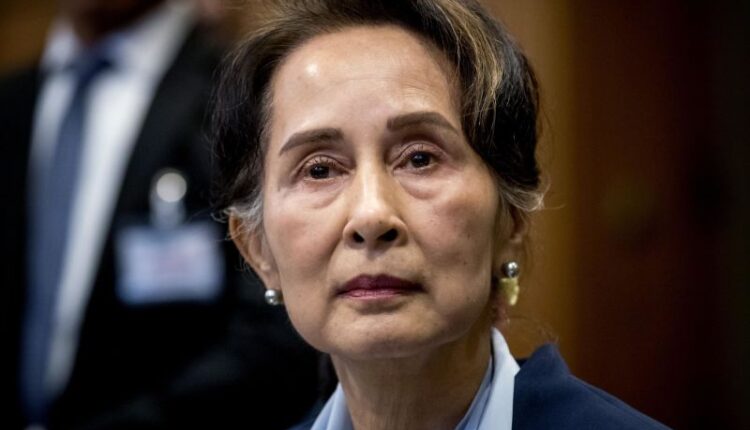 Australia immediately rejected the ruling and demanded the release of Turnell, an economist at Sydney’s Macquarie University, who served as a special economic consultant to Suu Kyi and her cabinet.

“The Australian Government has consistently rejected the charges against Australian Professor Sean Turnell during the more than 19 months he had been unjustly detained by the Myanmar military regime,” Foreign Minister Penny Wong said in a statement Thursday.

“We will continue to take every opportunity to advocate strongly for (him) until he has returned to his family in Australia.”

Turnell’s wife Ha Vu shared a moving statement on Facebook, calling for him to be deported.

“Sean has been one of Myanmar’s greatest supporters for over 20 years and has worked tirelessly to strengthen Myanmar’s economy,” she wrote. “(He) has already been in a Myanmar prison for almost two thirds of his sentence. Please consider the contributions he has made to Myanmar and deport him now.”

Thursday’s court ruling was the latest of a series of trials involving 77-year-old Nobel Laureate Suu Kyi, who now faces a total prison term of 23 years.

Suu Kyi was first charged with breaking the secrets law in 2021. She has denied all allegations against her and her supporters say the charges are politically motivated. Earlier this month, Suu Kyi was sentenced to three years’ hard labor for electoral fraud.

“The proceedings have been an outright sham,” he said. “Anyone who cannot be charged with a recognizable criminal offense under international law must be freed immediately.”

Since the military junta seized power in Myanmar in a coup early last year, freedoms and rights in the country have deteriorated, rights groups and observers say. State executions have returned and the number of documented violent attacks by the army on schools has surged, according to non-governmental organizations.

Thursday’s verdict follows the detention last month of Vicky Bowman, the United Kingdom’s former ambassador to Myanmar, who served as the UK’s top diplomat in Myanmar between 2002 and 2006.

Along with her husband, Bowman was charged with immigration offenses and sent to Yangon’s notorious Insein Prison.

This week, a beauty queen from Myanmar who had fled to Thailand after speaking out against the junta narrowly escaped being deported to her home country. She is now in Canada where she plans to seek asylum.

And Ma Htet Htet Khine, a journalist who had been working for the BBC’s international charity BBC Media Action, received an additional three-year hard labor prison term on Tuesday after being arrested and charged with incitement under the junta government in 2021.

“Concerned governments should take this as a clear signal that they need to take concerted action against the junta if they are going to turn the human rights situation around in the country,” she said in a statement.