Australia’s tough flu season could spell trouble for the US this winter, especially with Covid-19 in the mix 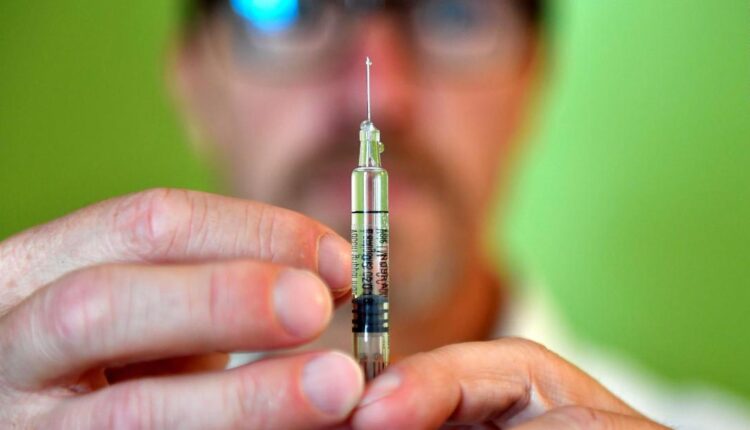 But when forecasters try to get a bead on what influenza might have in store for North America in any given winter, they look to countries like Australia and New Zealand, where the season typically runs from April to October — winter months in the Southern Hemisphere.

This year, Australia had its worst flu season in five years. Cases peaked about three times higher than the average for that period, and they topped out about two months earlier than they normally do, according to official government surveillance reports.

Rates of influenza-like illness have also been higher in New Zealand this year than they have been for the past two years.

The US should take heed, Dr. Anthony Fauci, director of the National Institutes of Allergy and Infectious Diseases, told Bloomberg News.

“The Southern Hemisphere has had a pretty bad flu season, and it came on early,” Fauci said. “Influenza — as we all have experienced over many years — can be a serious disease, particularly when you have a bad season.”

He said that means the US could see flu make a comeback while Covid-19 is still circulating at higher levels.

If that happens, it would be the first winter in which the US has had to contend with those two respiratory viruses circulating together at high levels, something infectious disease experts have cautioned about since the beginning of the pandemic.

When Americans began isolating, social distancing and masking to slow Covid in early 2020, flu all but disappeared.

As people have returned to their normal routines, flu has staggered back, but cases haven’t approached pre-pandemic levels, which means most of us haven’t been exposed to the flu for a few years, said Dr. Jennifer Nayak, a pediatric infectious disease specialist at the University of Rochester Medical Center.

“With these few mild flu seasons back-to-back, I think immunity in the population is probably lower than what it is entering an average flu season,” Nayak said.

On top of that, most kids are no longer wearing masks at schools.

“We know that kids are an important source of influenza infections. They get it at school or day care, and they bring it home to the household,” Nayak says. Many adults also aren’t wearing masks or avoiding crowded spaces, “so there’s a potential for more transmission of influenza” this year.

All of that underscores the need for Americans to get vaccinated. But typically, about half do not. Just 45% of Americans got their flu shots last season, according to the US Centers for Disease Control and Prevention. Flu vaccination rates fell for several at-risk groups, including pregnant women and children.

The US government will launch a campaign this fall to urge people to get their flu shots and updated Covid-19 boosters at the same time.

Nayak wonders how those public health messages — urging people to get more vaccines to stave off more infections — may sound to pandemic-weary Americans.

“I think we have to still see how this plays out with what our influenza vaccination rates are going to do,” she said.

All of this is still hypothetical. We won’t really know for another eight weeks or so what the winter may have in store.

“I think we’ve got to keep an eye — if we’re going to have something analogous to Australia — to what goes on in November,” said Jeffrey Shaman, a modeling expert at Columbia University’s Mailman School of Public Health. “Do we start to see flu a little earlier than we typically do? And it may take off. And of course, on top of that, we’ve got to worry about how that compiles with the Covid circulating.”

Two co-circulating respiratory viruses could spell trouble for hospitals, which are still strained and struggling.

It could also mean people getting viral illnesses that might leave them vulnerable to ongoing health issues, serious disease and death.

“Flu has not become an afterthought,” Shaman said. “Seasonal flu has and continues to impose a very heavy burden on society, one we would like to get a handle on.”

Meghan, Duchess of Sussex, describes her ‘pinch me moment’ in One Young World speech back in UK