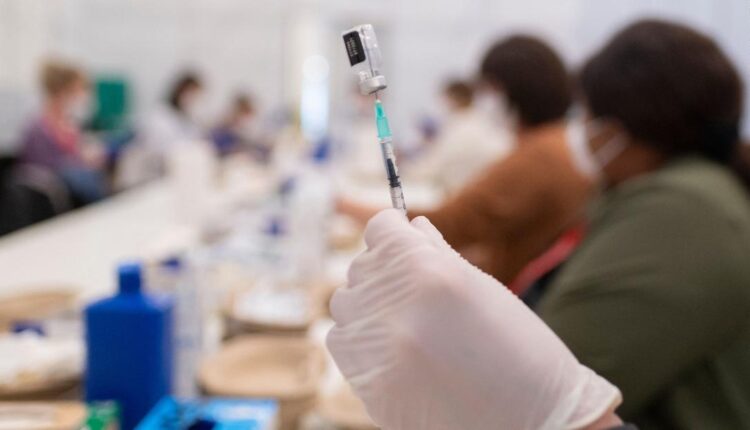 The law goes into effect February 1. However, Austrian officials will only begin conducting checks to see if the mandate is being adhered to from March 15. Starting then, those without a vaccine certificate or an exemption could be slapped with initial fines of 600 euro ($680).

Pregnant people and those who cannot be vaccinated without endangering their health are exempt from the law, according to the Austrian Health Ministry’s website. People who are recovering from a Covid-19 infection are also exempt for 180 days from the date they received their first positive PCR Covid-19 test.

The bill passed by a vote of 137-33. Lawmakers debated for more than seven hours in parliament before the vote, in which 13 MPs did not participate.

The Austrian government on Thursday introduced another incentive for people to get vaccinated: A lottery. Austrian citizens will get one lottery ticket for each vaccine shot they have had, meaning three tickets in total for those who have had their booster shots. Every 10th ticket will win a 500 euro ($568) gift voucher, Austrian Chancellor Karl Nehammer said.

“To put it bluntly, we have earmarked up to 1 billion euro for the vaccination lottery which is based on reward and incentive,” Austrian Chancellor Karl Nehammer said at a news conference hours before the vote in parliament. “I believe it’s totally justified to spend this money.”

Cases of Covid-19 in Austria have soared to levels not seen since the start of the pandemic due to the rapid spread of the Omicron variant. On Wednesday, Austrian authorities recorded 27,667 new infections in 24 hours, according to data from the Austria’s Health Ministry.

The vaccine mandate legislation was, however, proposed in November as officials attempted to stem Austria’s fifth wave.
At the time, the country had some of the lowest vaccination rates in the EU. The country’s immunization rate has since increased to 71.7%, higher than the EU average.

The new law will last until January 31, 2024 and will be implemented in stages, according to the health ministry.

Every Austrian household will receive a letter explaining the mandate from February 1, when the law goes into effect, until March 15, the day compliance checks begin.

Austrian officials will be able to search a national database that lists the vaccination status of every resident, or the date that they must be vaccinated by.

Unvaccinated people will eventually face a maximum fine of 3,600 euro ($4,000) for up to four times a year if they are not on the vaccine register by their assigned vaccination date.

Authorities can waive the fine if a person gets vaccinated within two weeks of receiving the penalty notice.

The law is among the most punitive measures rolled out by Western lawmakers in recent months as they attempt to curb the socioeconomic burdens of the pandemic.

France is also cracking down on the unvaccinated. The French government recently passed a bill that requires people to provide proof that they are fully vaccinated in order to access a wide range of everyday activities, such as visiting restaurants and bars and taking long-distance public transport between regions.

Italy has mandated that everyone above the age of 50 be vaccinated or risk a fine, and Germany requires anyone who has not received their booster to show negative Covid-19 test results before entering public venues.