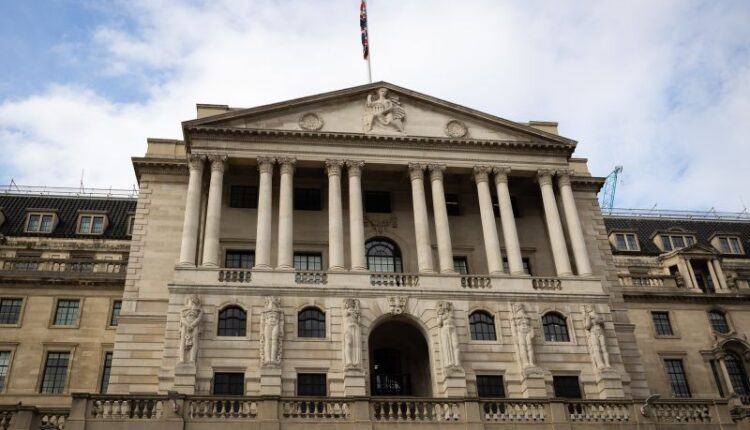 The Bank of England said Wednesday it would buy UK government debt “on whatever scale is necessary” in an emergency intervention to halt a bond market crash that it warned could threaten financial stability.

Investors have been dumping the pound and UK bonds since the government of new Prime Minister Liz Truss on Friday unveiled a huge package of tax cuts and increased borrowing aimed at getting the economy moving and protecting households and businesses from sky-high energy bills this winter.

Markets fear the plan will drive up inflation, forcing the Bank of England to push interest rates as high as 6% next spring, from 2.25% at present. Mortgage markets have been in turmoil all week as lenders have struggled to price their loans. Hundreds of products have been withdrawn.

“This repricing [of UK assets] has become more significant in the past day — and it is particularly affecting long-dated UK government debt,” the central bank said in its statement.

“Were dysfunction in this market to continue or worsen, there would be a material risk to UK financial stability. This would lead to an unwarranted tightening of financing conditions and a reduction of the flow of credit to the real economy.”

In other words, the Bank of England is worried that markets could seize up and that the economy — which it believes has already entered a recession — would suffer even worse damage.

To prevent that happening, the central bank said it would buy long-dated UK government bonds until October 14.

“The purchases will be carried out on whatever scale is necessary to effect this outcome,” it added.

It reiterated that it would make a full assessment of recent developments at its next scheduled meeting in November and act accordingly.

“The [bank] will not hesitate to change interest rates by as much as needed to return inflation to the 2% target sustainably in the medium term, in line with its remit,” it said.

Yields on 10-year UK government bonds fell sharply after the Bank of England’s announcement on Wednesday but remain elevated. They were last near 4.1%, up from under 2.9% at the beginning of the month. The pound continued its decline, however, sliding 0.4% to below $1.07.

UK interest rates have risen seven times since December 2021. As part of its efforts to tighten monetary policy and get a grip on inflation, which now stands near 10%, the bank is planning to sell £80 billion of UK government bonds each year. The bonds were bought as part of an effort to prop up the economy during the pandemic.

It said Wednesday it would retain that target but that the start of sales had been pushed back until October 31.