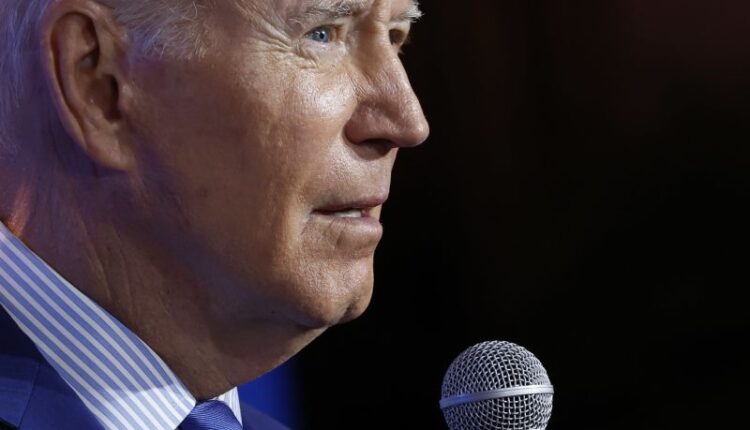 President Joe Biden in an interview that aired Sunday said US military personnel would defend Taiwan if the Chinese military were to launch an invasion of the democratically ruled island, in comments that yet again appear to venture beyond the longstanding US policy on the issue.

The comments on CBS’s “60 Minutes” reiterate a pledge to defend Taiwan that Biden has previously made, though Sunday he specified that “US men and women” would be involved in the effort.

In an interview, Biden was asked whether “US forces, US men and women, would defend Taiwan in the event of a Chinese invasion,” a prospect US officials privately fear is becoming more likely.

It’s not the first time Biden has gone further in his public comments than the longstanding US approach of “strategic ambiguity” when it comes to the defense of Taiwan. Most recently, during a visit to Tokyo in May, Biden said the US would intervene militarily if China attempts to take Taiwan by force.

The White House has been quick to downplay Biden’s previous comments on Taiwan, reiterating that US policy hasn’t changed, and on Sunday, “60 Minutes” reported receiving a similar response to Biden’s answers in their interview.

Beijing swiftly condemned Biden’s comments and repeated its warning that China reserves the “option to take all necessary measures” to defend its territorial integrity and sovereignty.

“The US remarks seriously violate the one-China principle and the provisions of the three US-China joint communiqués. It is also a serious violation of the important commitment made by the US side not to support Taiwan independence,” China’s Ministry of Foreign Affairs spokesperson Mao Ning said in a briefing Monday.

“It sent a serious wrong signal to the separatist forces of Taiwan independence. China expresses its strong dissatisfaction and firm opposition and has made serious representations to the US side,” Mao added.

Taiwan lies fewer than 110 miles (177 kilometers) off the coast of China. For more than 70 years the two sides have been governed separately, but that hasn’t stopped China’s ruling Communist Party from claiming the island as its own – despite having never controlled it.

Chinese leader Xi Jinping has said that “reunification” between China and Taiwan is inevitable and refused to rule out the use of force. Tensions between Beijing and Taipei are at the highest they’ve been in recent decades, with the Chinese military holding major military drills near the island.

Biden repeated his commitment to those policies in the “60 Minutes” interview.

“We agree with what we signed onto a long time ago. And that there’s ‘one China’ policy, and Taiwan makes their own judgments about their independence. We are not moving – we’re not encouraging their being independent … That’s their decision,” he said.

But asked if US forces would defend the island, he said they would: “Yes, if in fact there was an unprecedented attack.”

Biden’s comments Sunday are likely to prompt renewed speculation about potential changes to the US’ Taiwan policy, but analysts noted that his choice of words offered room for interpretation and were by no means unequivocal.

Drew Thompson, visiting senior research fellow at the Lee Kuan Yew School of Public Policy at the National University of Singapore, said “we are always tempted to read a great deal into the President’s statements,” but Biden’s view hadn’t really changed.

Thompson, a former US Defense Department official, said the specific nature of any US defense doesn’t necessarily mean American boots on the ground in Taiwan.

In the event of any Chinese attack on the island, the Pentagon would present Biden with “a spectrum of options” for the deployment of US forces, he said.

Using US naval assets or air power in an offshore role, even US cyber assets to hamper a possible Chinese invasion, or just a US show of force in the region could all be among those options.

Biden’s latest statement may place further strain on US-China relations, following Beijing’s strong opposition to US House Speaker Nancy Pelosi’s visit to Taipei in August. Beijing responded to her trip by suspending all dialogue with the US across major issues, from climate change to military relations, while conducting extensive military drills around Taiwan.

The issue of Taiwan was also among the key talking points during last week’s meeting between Xi and Russian President Vladimir Putin at a regional summit in Uzbekistan, with both men agreeing that Chinese sovereignty over the island is a non-negotiable “red line.”

Xi also said he appreciated “Russia’s adherence to the ‘one China’ principle” and stressed that Taiwan is a part of China.

Debates around the likelihood of a potential Chinese invasion have intensified in the wake of Russia’s unprovoked attack on Ukraine, with many analysts indicating Beijing will likely be carefully monitoring the situation in Europe.

The US intelligence community has made clear its belief that China is actively attempting to build a military capable of taking over Taiwan – even in the face of US support for the island.

Last week, CIA Deputy Director David Cohen said that while Xi has not made the decision to invade Taiwan, he wants China’s People’s Liberation Army to have the capability to take control of the island by force by 2027.

The US intelligence community does not believe that Beijing has made a decision about whether or not to proceed, said Cohen, adding that it is believed Xi would prefer to gain control of Taiwan through “nonmilitary means.”

The CIA official also said the agency is paying close attention to what lessons China is learning from the war in Ukraine.

This story has been updated with additional reaction.