Biden and Saudi have a lot to lose if talks fail 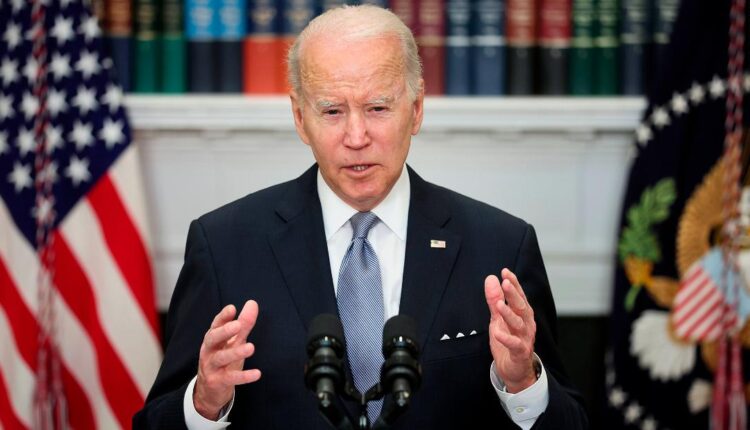 The White House announced on Tuesday that the President would visit Saudi Arabia for gathering of regional leaders in Jeddah. Biden is expected to engage in some capacity with Crown Prince Mohammed bin Salman (MBS), the son of King Salman.

Even so, it has been a longer and rougher ride than many Saudi officials imagined.

The two nations’ relationship goes back decades, solidified aboard the USS Quincy in 1945 in a meeting between US President Franklin D. Roosevelt and Saudi King Abdul Aziz Ibn Saud, the founder of the modern Saudi state and conqueror of the oil-rich desert kingdom’s disparate tribes.

Billions of barrels of oil later, that fundamental balance of national interests remains, and it is that same realpolitik which, despite denials from the White House, has heavily forced Biden’s reversal on Saudi Arabia.

The Saudis are driven by those historic ties too. In an Op-Ed for Saudi Arabia’s leading English language newspaper Arab News, the kingdom’s former long-standing intelligence chief and diplomat Prince Turki al Faisal, wrote: “I am certain that our leadership will still consider the benefits accruing from our relationship as a continuing story that justifies hosting the US President”.

Al Faisal’s words strongly hint at the frustrations Saudis have with Biden, but are diplomatic enough to smother disappointments with appreciation. “I am pleased that Mr. Biden recognizes the importance of the relationship in containing disruptive Iranian conduct in general, the threat of terrorism, achieving peace in Yemen, shared military operations and other considerations,” he added.

Biden’s basis for shunning Saudi Arabia has been its human rights record under its de facto ruler, MBS, who according to US intelligence authorized the hit on Khashoggi (an allegation MBS has denied).

Khashoggi’s murder was a particularly low point in US-Saudi relations, but there were others, including the ousting of the previous Crown Prince Mohammed Bin Nayef, a strong ally of the US in the war on terrorism, and locking up political opponents and rights activists.
Until now, Biden has pointedly avoided dealing with MBS, preferring to talk with his father, which for many Saudis seems an obvious and unwelcome snub. But when they meet in mid-July, all of that could change.
Russia’s invasion of Ukraine and the ensuing sanctions on Moscow have left the world short on oil. As a swing producer with spare capacity, Saudi Arabia, and specifically MBS, can help shore up the shortage.
Biden could get the oil he wants and at the same time confer on 36-year-old MBS the presidential recognition he craves as future long-term leader of the Gulf’s most powerful nation, setting him on his ambitious path to become the principal regional power broker.

Since late last year, Saudi officials have been struggling to swallow pent-up frustrations with the Biden administration as it powered along the path to making good on Biden’s “pariah” comments.

Particularly stinging was the administration’s severing of significant support against Yemen’s insurgent Iranian-backed Houthi rebels who routinely fire Iranian type cruise missiles at Saudi Arabia’s densely populated cities; later the US pulled its Patriot missile defense systems out of the kingdom.
And if all that wasn’t galling enough, following the COP26 United Nations Climate Change Conference in Glasgow last year they felt “confused,” according to one Saudi official. On the one hand, the kingdom was asked to reduce carbon emissions to save the planet, and not long later asked to raise oil production as supplies fell short following Russia’s invasion of Ukraine.

Relations by late last year were running low, even compared with historic underlying tensions. Biden was Vice President in President Barack Obama’s administration during the nuclear talks with Iran that led to the 2015 signing of the nuclear deal known as the JCPOA .

The following year in Saudi’s capital Riyadh after the Democrats’ defeat in the US presidential elections, many residents told me they were excited for Donald Trump’s leadership because he was so opposed to their archrival Iran.

But Trump’s unpredictable eruptions over Iran — not least killing their top general Qasem Suleimani, along with a range of other regional issues — often wrongfooted Saudi officials, leaving them hoping for a more stable partner in the White House.

The relationship has endured highs and lows. In 1991, the US-led coalition amassed more than half a million troops in the Saudi desert to oust Iraqi dictator Saddam Hussein from Saudi Arabia’s neighbor Kuwait in 1991.

A decade later, relations hit rock bottom when 15 of the 19 September 11 hijackers were found to be Saudi. Saudis watched aghast during the 2011 ‘Arab Spring’ revolutions in Egypt and Tunisia when the US failed to step in and support their one-time allies.

Since then, Saudi Arabia has beefed up its national security, becoming one of the world’s top military spenders.
As Biden’s administration has given them the cold shoulder, they have turned to China for weapons. President Xi had been expected in Saudi last month to sign a significant missile defense agreement, potentially filling a vacuum left by the US, though the trip has not happened yet.

Privately, Saudi officials say they have been working hard, engaging with world leaders including British Prime Minister Boris Johnson and Turkish President Recep Tayyip Erdogan to help them get back on an even keel with Biden.

Both Saudi and the US have much to lose if next month’s meeting is a bust. The fact that they are meeting is a significant step forward, however the fragility of any concessions they’ve both made to get this far is still unclear.

Israel’s teetering government suffered another blow on Monday as one of its members announced he was no longer a member of the coalition. Nir Orbach, a member of Naftali Bennett’s Yamina party, said in an open letter that he had told the Prime Minister on Monday morning the government was “not fulfilling its mission.”

Iran is planning to send two satellite launch vehicles (SLVs) into space, a defense ministry spokesperson told state media Wednesday. “Three test launches of the Zoljanah SLV are planned, up until now one research launch has been carried out and two more are in the works,” Seyed Ahmad Hosseini told IRNA.

A British movie about the daughter of Prophet Mohammed has caused a backlash in the Islamic and Arab world and won’t play in several theatres in the UK due to safety concerns.

“Lady of Heaven” tells the story of Fatima in parallel with the fictional story of a child stuck in modern-day Iraq.

The movie has also been banned in Egypt, Pakistan and Iran, according to media reports. In Morocco, the Supreme Council of Ulema (scholars) called it “a blatant falsification of the facts and contains a heinous act that cannot be accepted by Muslims,” according to the state-run MAP news agency. An online petition calling for the removal of the film from cinemas in the UK has over 130,000 signatures.

Films about Islamic history have run afoul of some clergy in the past due to conflicting historical narratives and depictions of holy figures, which is considered forbidden by many Muslims.

While “Lady of Heaven” includes holy characters such as Fatima and Prophet Mohammed, M.J. Salah, a religious consultant for the movie, said in an interview posted on IMDB that “holy personalities were not represented by any individual … we were able to achieve this through a unique synthesis of actors, in-camera effects, and lighting.”

Telling a religious story through film can be tricky. “The Message,” an Oscar-nominated movie about Prophet Mohammed released in 1976, didn’t depict the prophet, but it was banned for 42 years in Saudi Arabia before being screened there in 2018.

Redfall Preview – First Details On How You Take Back The City

Satellite spots ‘largest’ methane leak in a Russian coal mine