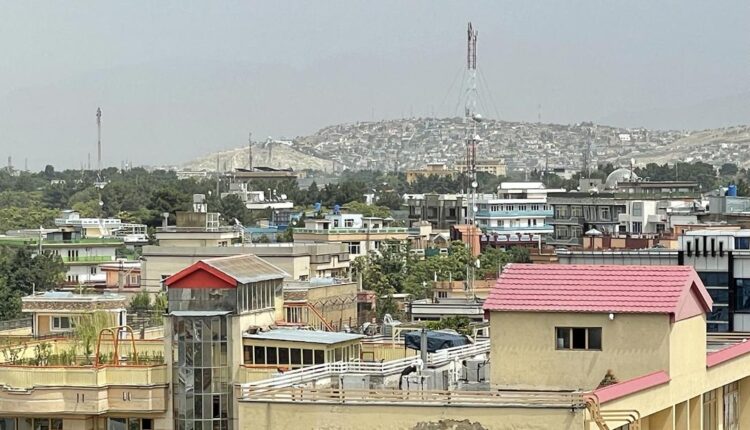 The killings of key terrorist leaders have become increasingly commonplace, as the attacks they used to plot or inspire dwindle in their impact on the West, and the West’s counter-terrorism capability grows.

But taking out the head of al Qaeda, Ayman al-Zawahiri, on a balcony in one of the fanciest neighborhoods in Kabul — a city from which the US withdrew in chaos a year ago — is no everyday feat. It is a shocking display of what twenty years’ experience hunting terrorists has left the US capable of.

Yet it leaves a predictable lesson in its wake: Afghanistan has remained a safe haven for terrorists over the past decade — they just didn’t carry out attacks from there that meant we paid attention. But the fact that Zawahiri lived there in plain sight debunks the febrile spinning that went on in the lead-up to the US withdrawal.

For years, the US’s perception of the al Qaeda threat in Afghanistan appeared to vacillate depending on what footprint the US was pursuing; in years when they wanted to push harder during their longest war, I recall being briefed that a solid hardcore threat — perhaps a few hundred key al Qaeda figures — remained and could reconstitute itself.

Then, as the US rushed for the exits, the danger posed by al Qaeda was played down. Afghan raids against al Qaeda leaders showed how well the problem was being handled, the US seemed to imply, rather than that the group was still there and big enough to hit.

Now — ironically because of this American success — there is undeniable evidence of the problem Washington has wished away for years.

Al Qaeda are “cooking something up,” said one former Afghan government official with an intimate grasp of counter-terrorism.

He suggested that Zawahiri was not the only major al Qaeda figure in the country, and that his potential successor, the number two Saif al-Adel — reported by the UN to be in Iran — may have entered Afghanistan recently.

In May last year, shortly before the startling fall of Kabul, it was estimated by Afghan intelligence officials that it would take al Qaeda between six and 12 months to carry out attacks in the region, and perhaps 18 months to do the same in the West.

It’s unclear how that timeline has been affected by Zawahiri’s death, but we can be sure its symbolic impact means it is unlikely to have sped it up.

So where does this leave the Taliban? In truth, not much has changed.

The Haqqani network, which has a tight hold on Kabul, has long been accused of strong links to al Qaeda. It may well be their infrastructure which hid and supported Zawahiri during his time in the city.

His death may therefore accentuate any splits within the Taliban; the group’s moderates may wish its efforts to acclimatize to the world stage had not been hampered by this incident. But don’t count too hard on that.

The Haqqanis remain perhaps the most confident and assertive wing of the group, and it is unlikely they’ll suddenly change tack after this embarrassment.

For the ordinary people of Afghanistan, grappling with the impact of sanctions, isolation and the struggle an insurgency was always going to face when it suddenly had to provide government services, it is yet more bad news.

It is harder to make a case for improving the West’s relationship with Kabul after this.

And it is not as if this strike enormously alters the reality that al Qaeda face on the ground: Their brand has spun into a series of global franchises that inflict local terror — usually by locals on locals. Yet they remain a group that has not brutalized its way into world headlines for some time.

Zawahiri seems, according to one senior counter-terrorism analyst, to have become more relaxed and confident in his messages to the outside world, referring to more recent world events; complacency, either on his part or on the part of his hosts, may have led to this successful strike.

Zawahiri is still believed to have been directly involved in planning al Qaeda operations, but the world has changed since the abrupt shock and seismic grief of September 11, 2001. His death is unlikely to halt any attacks that are already in the planning.

It does, though, teach us two lessons: Firstly, that despite its humiliating but strategically inevitable withdrawal from Afghanistan, the US retains a long reach and a long memory. It is still pursuing justice for a twenty-year-old crime. There is a resolve here, and given the Biden administration’s support for Ukraine, that cannot go unnoticed by the US’s adversaries.

But the second lesson is darker: That people don’t always change. That, even after the ravages of the NATO presence in Afghanistan, and the damage and chaos brought to that country by the Taliban’s decision to allow al Qaeda to shelter there decades ago, some part of the Taliban chose to give them a home there again.

The scene still baffles me: that in an area where for twenty years Westerners and connected Afghan officials would bask in comfort behind secure walls, a US drone strike killed the leader of al-Qaeda — who thought he could relax on a balcony in the dawn light.