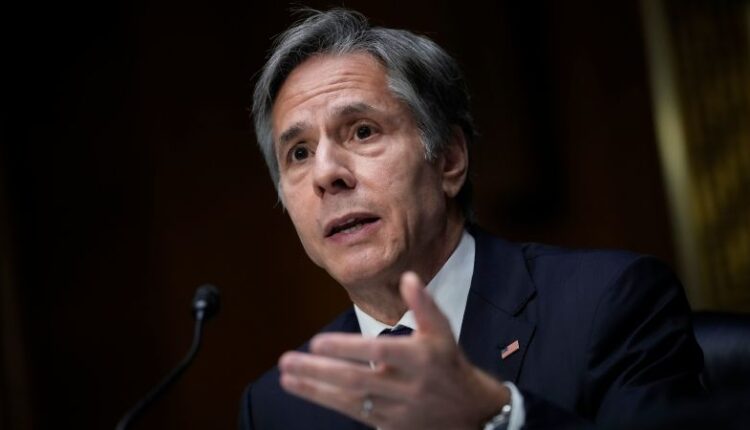 US Secretary of State Antony Blinken on Monday drew firm distinctions between the United States and Russia as he sought to make the case that the US is the better partner for countries in Africa.

In a speech about the Biden administration’s “strategy for Sub-Saharan Africa,” delivered in Pretoria, South Africa, the top US diplomat argued that “the United States and African nations can’t achieve any of our shared priorities – whether that’s recovering from the pandemic, creating broad-based economic opportunities, addressing the climate crisis, expanding energy access, revitalizing democracies, or strengthening the free and open international order – we can’t do any of that if we don’t work together as equal partners.”

“Our strategy is rooted in the recognition that Sub-Saharan Africa is a major geopolitical force – one that shaped our past, is shaping our present, and will shape our future,” Blinken said.

Blinken’s visit to the continent – with stops in South Africa, the Democratic Republic of Congo (DRC), and Rwanda – and pitch for US partnership there comes as Moscow has sought to step up its influence in Africa amid isolation from Europe over its war in Ukraine. Russian Foreign Minister Sergey Lavrov traveled to Ethiopia, Uganda, the Republic of Congo, and Egypt at the end of July.

Blinken said his visit was not about countering Russia’s influence on the continent, telling South Africa’s “eNCA” that the US’ “focus is not on saying to friends, partners: you have to choose.”

“Our focus is on providing a choice,” he said.

However, his speech included a number of examples calling out Moscow for its negative influence on the continent, specifically as it relates to the war in Ukraine, and the accompanying 17-page strategy document released by the White House makes explicit reference to Russia’s role there.

“Russia views the region as a permissive environment for parastatals and private military companies, often fomenting instability for strategic and financial benefit. Russia uses its security and economic ties, as well as disinformation, to undercut Africans’ principled opposition to Russia’s further invasion of Ukraine and related human rights abuses,” that document says.

In his speech Monday, Blinken made reference to the Wagner Group, a mercenary group backed by Moscow, and its negative impact in nations throughout Africa.

“History shows that strong democracies tend to be more stable and less prone to conflict, but that poor governance, exclusion, and corruption inherent in weak democracies makes them more vulnerable to extremist movements as well as to foreign interference,” he said. “That includes the Kremlin-backed Wagner Group, which exploits instability to pillage resources and commit abuses with impunity, as we’ve seen in Mali and the Central African Republic.”

“The United States recognizes African countries face real security concerns, and that countless communities are afflicted by immense scourges of terrorism and violence,” he continued. “But the answer to these problems is not Wagner. It’s not any other mercenary group.”

He also sought to emphasize the global impact on food insecurity of Russia’s war – a point repeatedly made by the Biden administration as it tries to counter Russian propaganda claiming Kyiv and the West are to blame.

Last week, US Ambassador to the UN Linda Thomas-Greenfield delivered a speech in Ghana outlining in detail Moscow’s culpability for adding to the food crisis. For months, tons of Ukrainian grain was unable to reach international markets due a Russian blockade of major ports on the Black Sea. Only in recent weeks have ships been able begun to safely transit through the waterway. However, officials have said unblocking the ports alone is not sufficient to mitigate the impacts of the ongoing war.

“Even before President Putin launched his full invasion, 193 million people around the world were in need of humanitarian food assistance. The World Bank believes Russia’s invasion could add another 40 million people to this unprecedented number. Most are in Africa,” Blinken said.

“The United States is there for African countries in this unprecedented crisis, because that’s what partners do for each other,” he said.

German diplomat arrested in Brazil for alleged murder of husband