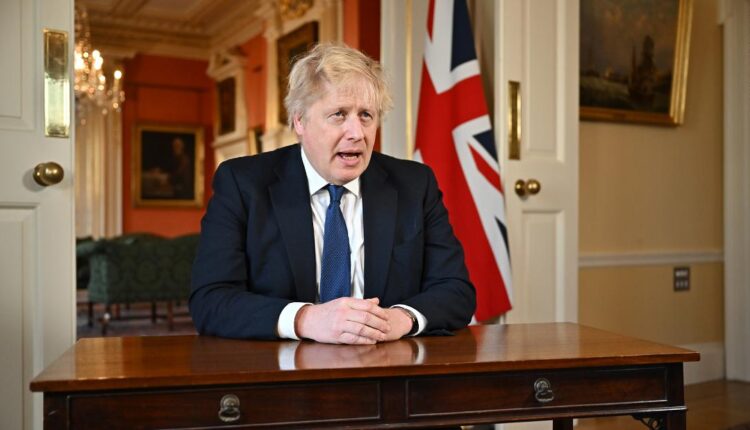 Downing Street revealed on Thursday that Johnson has revealed no further fines over his alleged breaches of lockdown regulations after the Metroplitan Police announced that it had concluded its investigation.

Johnson is said to be “pleased” that the investigation is completed and that he did not receive a second fine, after a penalty was issued over his 56th birthday, PA Media reported.

Announcing the end of its investigation online, the Metropolitan Police force issued a statement saying: “The Met has today announced the investigation into alleged breaches of Covid regulations at Downing Street and Whitehall, under Operation Hillman, is complete.

“In total, detectives have made 126 referrals for fixed penalty notices (FPNs) to the ACRO Criminal Records Office for breaches of Covid-19 regulations.”

Johnson was fined by police on April 13 for attending a birthday party thrown for him in his official Downing Street residence in June 2020, when large indoor gatherings were banned.

He claimed in December that he had been assured “there was no party and that no Covid rules were broken.” It has since emerged he attended a number of events himself, including the party for which he was fined.

Campaigners who lost relatives during the pandemic have dubbed Thursday’s decision a “terrible insult” and called for the immediate release of the report by senior civil servant Sue Gray, which is expected to be highly critical of Johnson.

A string of tweets from the Covid-19 Bereaved Families for Justice UK account, said: “There is no reason for that report to be delayed any longer. Every day they do not act they allow a man who gaslit us and lied to the faces of the bereaved when he claimed he did ‘everything possible’ to save our loved ones remain the highest office in the land.”

The so-called Partygate scandal has been a major embarrassment for the Conservative party as poll after poll revealed that the public wanted the Prime Minister to step down.

Opposition politicians had called for Johnson to resign, but such criticisms have been dampened down since Labour leader Keir Starmer now finds himself under investigation over his own alleged breach of the rules.

When asked by reporters in Leeds on Thursday whether he was still calling for Johnson’s resignation, Starmer said: “My view on the Prime Minister has not changed.

“Of course, after an investigation that shows 120-plus breaches of the law in Downing Street, of course he should resign, he is responsible for the culture.”

PA reported that Starmer was questioned about his own breach, but said: “There was no breach of rules by me or anybody in my team, I’m confident about that, and therefore there’s no comparison to be made here.”

The Metropolitan Police has said that it will not identify those fined for Covid breaches in Downing Street, but said that 35 men received 53 fines, while 48 women received 73 fines — some of whom were fined more than once.

Acting Deputy Commissioner Helen Ball, of the Met said in the statement: “There is no doubt that the pandemic impacted all of us in so many ways and strong feelings and opinions have been expressed on this particular issue.

“When Covid regulations were introduced, the Met was clear that whilst we would not routinely investigate breaches of regulations retrospectively, there may be occasions when it would be appropriate to do so.

“The information that we received with regard to the alleged breaches in Downing Street and Whitehall was sufficient to reach our criteria to begin such an investigation.

“Our investigation was thorough and impartial and was completed as quickly as we could, given the amount of information that needed to be reviewed and the importance of ensuring that we had strong evidence for each FPN referral.

“This investigation is now complete.”

This story has been updated to correct the number of people fined by police: 48 women and 35 men received fines.

Analysis: Why is Turkey causing problems to Finland and Sweden’s wish to join NATO?