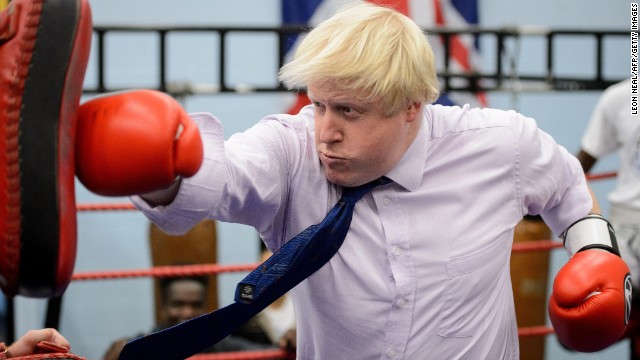 On Monday, Johnson’s foreign secretary, Liz Truss, revealed the long-awaited Northern Ireland Protocol Bill, a piece of legislation that, if passed, would allow the British government to unilaterally override parts of the Brexit deal it agreed with the EU in 2019.

Two days later, the EU responded by launching legal proceedings against the UK over its failure to implement parts of the protocol to date, while Maroš Šefčovič, the European Commission vice-president, said that “there is no legal nor political justification whatsoever for unilaterally changing an international agreement … let’s call a spade a spade: this is illegal.”

UK government officials responded angrily by insisting that the bill, if passed, would be perfectly legal. Suella Braverman, the attorney general who gave the new bill a green light, went on television to defend the proposed legislation. In doing so, she accused the BBC of painting the EU as “the good guys” and told ITV’s political editor that his assertion the bill would break that law was “Remaniac make-believe.”
On Tuesday, the Johnson government found itself cursing the name of another European institution, the European Court of Human Rights (ECHR), after it was forced to abandon a flight that would transport asylum-seekers to Rwanda. The UK announced a deal in April under which asylum seekers in the country could be relocated and granted asylum in Rwanda. The UN’s human rights agency had previously warned the UK that the policy might be unlawful, as it could expose those refugees to human rights abuses in Rwanda.

The scheme had been widely criticized by human rights organizations, which succeeded in numerous legal challenges against individual removals but failed in their bid for an injunction suspending the flight. However, when the ECHR intervened on Tuesday night, saying that the last asylum seekers due to be on board had not exhausted their legal options in the UK, the plane was grounded.

Again, government ministers responded by insisting that the plan was lawful. Deputy Prime Minister Dominic Raab has since suggested that the UK will introduce its own Bill of Rights that could effectively allow it to ignore the ECHR.

The Prime Minister’s willingness to have public spats with large, international institutions makes sense when you look at recent history. Both Johnson and his predecessor, Theresa May, picked fights with the judiciary and the EU during the most frustrating days of Brexit. This, so the theory goes among Conservatives, gave both leaders a boost among their core supporters for attacking elitist bodies that were blocking the will of the people.

“Historically, Boris has done well hitting out at big institutions like the EU and courts,” says a former government minister told CNN. “These were not artificial fights, both Rwanda and Northern Ireland are proper government policy. But the hardline way we’ve defended them suggests to me that Boris sees a silver lining,” they added.

In one sense, this logic makes sense. Johnson has been hit by scandal after scandal and has seen his personal approval ratings tank, along with national polling for his Conservative Party.

He has had to fight off a vote among his own party to remove him as leader and on Thursday night saw his own ethics adviser Christopher Geidt resigned, saying that Johnson’s government had put him in an “impossible and odious position.”

So, a fight with the lofty elites in Brussels and Strasbourg over real red-meat Conservative issues like Brexit and immigration could be just what Johnson needs to get things back on track.

However, every time a government becomes so fixated on domestic policy, it risks forgetting that allies and enemies around the world are paying attention.

CNN spoke to multiple Western diplomatic sources who said that Johnson’s government had cast a dark shadow over their perception of the UK. One senior Western official who has worked closely with the UK during the Ukraine crisis said that while allies still coordinated with the UK, the sense of concern that they don’t know what version of Johnson they will get has become normalized.

“He is not Donald Trump, but he is so unpredictable that it’s easy for allies to think of him as being like Donald Trump,” said a Western diplomat.

A European diplomat told CNN that “it’s hard to overstate just how much damage has been done. Trust has been hugely damaged.” They pointed to the issue over Northern Ireland, saying that “on our side, we know that there are solutions to the protocol. But those solutions rely on trust. Why should we trust him not to tear up any new agreement in the future?”

Western officials say, with some sadness, that there were moments in the immediate aftermath of Russia invading Ukraine where they thought Johnson might start behaving like a “stable and predictable” leader, as the Western diplomat put it.

A European official agreed, saying that “there were moments when we looked at the UK with some admiration and thought there might be some path forward. Ukraine was something bigger than our squabbles.”

However, the official continued that this feeling of optimism faded quickly, after Johnson compared the Ukrainian fight for freedom to Brexit.

Conservatives in Westminster have mixed views on how bad this all is. Some worry that Johnson’s continued scandals and rhetoric are making the UK a pariah. Worse, they fear that a country like the UK — a longstanding member of the rules-based, international order — playing so fast and loose with international law sets a terrible precedent at a time when democracy is under threat in many parts of the world.

On the other hand, some MPs think that Johnson’s critics are getting worked up about something that normal people don’t care about. They say, not unreasonably, that a G7, NATO member with a permanent seat on the UN Security Council — and one that has in many respects led the way on Ukraine — is not about to get cut out by its allies.

Ultimately, Johnson’s international spats are most likely to play out in the domestic political arena. Some will love that he is taking a hardline stance. Others will feel a deepening sense of embarrassment that this man is their prime minister.

“If you are in Boris’s position, then you may as well double down on some of this stuff. What does he have to lose?” a senior Conservative MP told CNN. “Either things are so terminally bad that he’s doomed whatever he does, or he’s got two years to turn things around before the election. So why not go out there and have fights on your own pitch?”

Johnson won’t know if his red meat gamble has paid off with the public until the next general election — unless he’s removed from office before then. There will undeniably be people who see him as the same Brexit street fighter who stands up for Britain against the bullies seeking to do it down.

But there will be an awful lot of people who think that instead of picking fights with the EU and ECHR, Johnson should be thinking of ways to improve their lives.