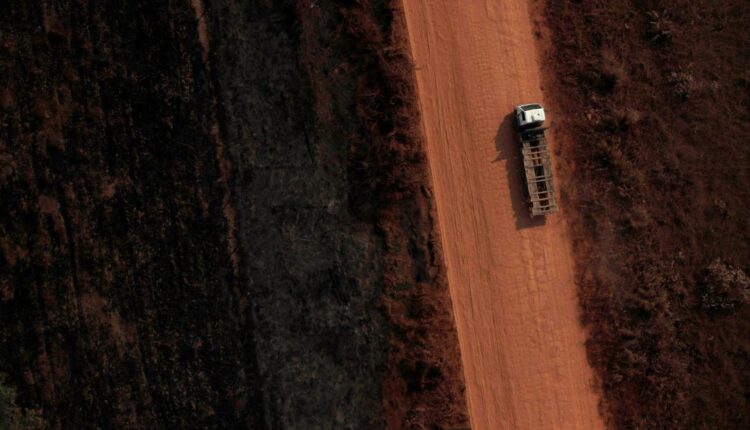 Last week, Eduardo Bim, president of environmental agency IBAMA, authorized Brazil’s federal government to begin repaving highway BR-319 between the cities of Manaus, in Amazonas state, and Porto Velho, in neighboring Rondonia, a route which cuts through the most pristine area of the country’s Amazon rainforest.

The decision was immediately criticized by environmental groups who say that repaving the route would encourage deforestation.

The highway project was originally a key part of a plan by the country’s military dictatorship to develop the wild area and integrate it with the rest of the country. It was officially opened in 1976, but poor maintenance led to its abandonment by 1988. Since then, the road has been only partially usable.

As climate NGO Observatorio do Clima highlighted on Wednesday, the authorization also goes against earlier recommendations from a working group made up of other IBAMA officials, who warned that paving the highway would drive deforestation in the region.

The group also pointed out a link between some well-maintained parts of the road and higher levels of traffic, “occupation” and deforestation in the Amazon.

“Monitoring and inspection activities carried out by environmental agencies in the region have shown that the disorderly occupation process, associated with high rates of deforestation, has intensified over the last few months,” they wrote.

“This is particularly notable at each end of the BR-319, where the asphalt is in good condition, traffic is heavy, and the development of the road has encouraged its occupation,” continues the document.

That document, published in 2008, also recommended ten “preconditions” for repaving the highway, including the creation of protected areas along the more than 400 km of road that is to be paved and the creation of ecotourism programs involving local communities.

“It is impossible not to point out (these) additional recommendations to be considered as preconditions by the Federal Government” prior to the beginning of the works, it adds.

Observatorio do Clima said that IBAMA’s experts issued similar recommendations this July, but the agency leadership ignored them as well.

Critics of the decision were quick to point out the timing of the decision, noting that Brazil is heading to new elections this fall where President Jair Bolsonaro is expected to face off against former President Luis Inacio Lula da Silva.

Bim is an appointee of Bolsonaro, who made repaving the road a campaign promise in the run up to the 2018 election. Previous presidents have also promised to repave and fully reopen the highway, including Da Silva.

“The decision is clearly politically motivated” and the project is cause for “great concern,” said Fernanda Meirelles, executive-secretary of BR-319 Observatory, an NGO set up to push for the sustainable development of the highway region.

CNN has contacted IBAMA for comment but has not received a response.

Brazil´s infrastructure minister Marcelo Sampaio celebrated the decision as a “result of the courage and technical work” in a post on Twitter.

“We are going to take Amazonas society out of isolation,” he wrote, referring to Brazil’s Amazonas state.

Though the new license effectively greenlights the repaving project from an environmental perspective, it does not include provisions for the 10 conservation measures recommended by officials in 2008.

According to the terms of the license, inspections will be the only measure designed to limit the environmental impact of the road, which runs through a vast remote area in northwest Brazil.

Civil society organizations are planning to push for IBAMA’s decision to be canceled in the courts, according to Suely Araujo, a public policy expert at the NGO Climate Observatory.

“The license does not even require the installation of inspection posts (along the road). There is no guarantee that deforestation in the region will be controlled once the road is built,” said Araujo in a statement.

“As deforestation is the main negative impact associated with paving, the declaration of the viability of the work, which is inherent to all prior licenses, is not duly substantiated. It is a license that must be annulled by the courts,” she added.

Brazil’s Amazon rainforest has been deforested by a record amount in the first half of 2022, according to the country’s Space Research Institute (INPE.)

Data from INPE satellites shows that 3,750 square kilometers (1,448 square miles) of the world´s largest rainforest were lost in Brazil between January 1 and June 24, the largest area since 2016, when the institute began this type of monitoring.