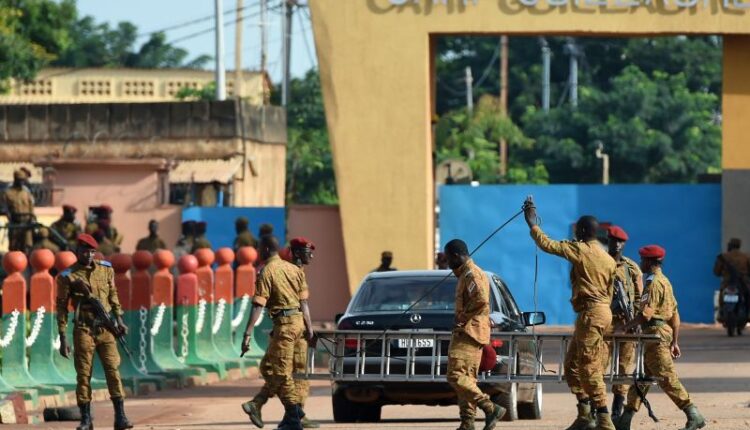 Several armed soldiers were seen taking positions along the main avenue leading to the presidency. Soldiers were also seen blocking access to administrative buildings and the national television, which has stopped broadcasting, Reuters reporters said.

A spokesman for the military government was unreachable.

The military junta took power in a coup on Jan. 24, ousting President Roch Kabore and dissolving the government.

In his first statement at the time, coup leader Colonel Paul-Henri Sandaogo Damiba vowed to restore security after years of violence carried out by Islamist militants linked to al Qaeda and Islamic State.

But attacks persist and the army is in disarray. This week, unknown assailants killed eleven soldiers during an attack on a 150-vehicle convoy taking supplies to a town in northern Burkina Faso.

Large areas of the north and east have become ungovernable since 2018. Millions have fled their homes, fearing further raids by gunmen who frequently descend on rural communities on motorbikes. Thousands have been killed in attacks.

The West African country, one of the world’s poorest, has become the epicenter of the violence that began in neighboring Mali in 2012 but which has since spread across the arid expanse of the Sahel region south of the Sahara Desert.