Burna Boy has a complicated relationship with Africa 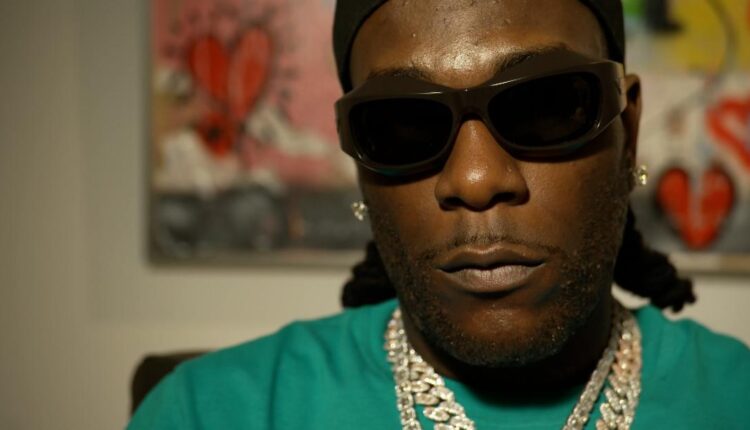 That sort of love/hate sentiment often sums up how the self-proclaimed “African Giant” feels about his country and to a larger extent, his continent. Recently, CNN interviewed Burna Boy twice in a four-week period for an episode of African Voices Changemakers.

From the beginning, he makes it clear he doesn’t like doing much talking, at least in English. Most of his answers are short and sometimes evasive — but one of the areas he expands on is his dream that someday there would be one Africa.

“It’s just a wish, maybe a farfetched wish,” Burna Boy says as he sits with his arms crossed in a room adjacent to a soundstage in Los Angeles, where he and his band are rehearsing for a concert happening the following day. “I wish we had one passport,” he continues, which would make it easier for Africans to travel outside the continent. “I wish we could be considered like a United States, like the way America is … (Let’s say) me and you [referring to the American producer] want to go to Spain or wherever on a commercial flight — let’s see who gets in first.”

Anyone familiar with Burna Boy’s music (and can understand the mixture of Nigerian dialects he often uses in his lyrics) would be familiar with his stance on his continent. Many of his songs include Afro-centric messages, like the song “Another Story,” which gives a history of how Nigeria was colonized by the British.

Other tracks are critical of government leaders, like “Collateral Damage,” where he sings about how politicians get rich as they watch others suffer. In “20:10:20” he calls out government officials — including Nigeria’s president — for the killings at the Lekki toll gate during protests in October 2020.

The 30-year-old believes that the only way African countries can get the respect he is looking for is if they join together. According to him, “it cannot be achieved by the way it’s been going … we’ve been falling for a long time so why not try something new?”

When light-heartedly asked about who should be on the currency of this “United Africa,” Burna Boy gives a deep answer. “On the currency should be people who have had these ideas for generations, who have died with these ideas and have been killed for these ideas,” he says. “People like Moammar Gadhafi [former leader of Libya who was overthrown and assassinated in 2011] whose everything was about uniting Africa and having one currency, backed by gold.”
Read more: Nigeria’s Burna Boy featured on US inauguration playlist
He also names Burkina Faso’s first president Thomas Sankara and the first prime minister of the Democratic Republic of the Congo, Patrice Lumumba — two leaders who were also eventually overthrown and assassinated. When it is brought up that Gadhafi was accused of crimes against humanity by the International Criminal Court, Burna Boy remains steadfast in his reverence for leaders like him.

“Where do we get this information that these people are tyrants or whatever?” he asks. “They very well may be. I don’t know. I wasn’t there. But what I do know is these people had these ideas, these people tried to do something at least, that would benefit the whole of Africa, unlike all the leaders we have today.”

Burna Boy has never been shy about making criticisms along those lines. That’s why he was caught off-guard when he received an invitation from the governor of Rivers State, Nigeria, to be honored in Port Harcourt, the city of his birth. “Of course I was surprised — most of my songs are against the government,” Burna Boy says during our second interview, sitting in a house in the hills of Los Angeles and looking a bit more comfortable. “You know how they say a prophet is never celebrated in his own home? I kind of broke that curse right there, didn’t I?” he adds with a laugh.

It ended up being a massive homecoming. The streets of Port Harcourt were flooded with people as his motorcade traveled from the airport to a government building, where Burna Boy addressed the governor and other state officials.

Read more: Why Burna Boy’s Grammy Award is a ‘big win for Africa’ and its music stars

Perhaps surprisingly for the artist, always outspoken and proudly anti-establishment, the official recognition marked a high point in his career.

“Actually, I’m not going to follow any of this,” Burna Boy said as he pushed a prepared statement given to him to the side.

“This is the first time I’ve ever been in any situation like this, or any government house, so please forgive me for not understanding this,” he told them. “I really appreciate being here and this is probably the biggest honor that has been bestowed on me since I was born, because it is one thing to win the Grammy and be applauded all over the world, and then it’s another thing to be loved in your own home.”

A new species of tarantula found by Thai YouTube star