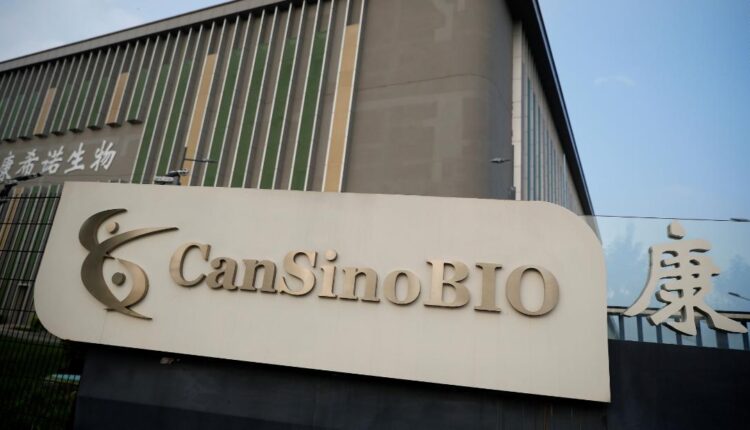 0
Share
The vaccine maker, CanSino Biologics, said in a statement Sunday that China’s medicines regulator had approved the inhaled dose for emergency use as a booster vaccine.

The product, known as Convidecia Air, delivers a vaccine dose through a puff of air from a nebulizer that is then inhaled by mouth. CanSino’s injected Convidecia Covid-19 vaccine is already in use in China and has been approved in a handful of other countries.

According to a database maintained by the World Health Organization (WHO), CanSino’s new product is one of two specifically “inhaled” vaccines that had reached clinical phase development, as a number of companies worldwide research innovative ways to deliver Covid-19 protection via the nose and mouth.

The country continues to adhere to a stringent zero-Covid policy, even as the rest of the world learns to live with the virus.

More than 70 Chinese cities have been placed under full or partial Covid lockdown since late August, impacting more than 300 million people, according to a CNN tally.

A low vaccination rate among the elderly is one medical reason used by Chinese authorities to justify the ongoing disease control measures.

Meanwhile, new variants of the coronavirus have impacted the protection offered by first-generation vaccines around the world, including China’s homegrown vaccines that provide less robust antibody protection compared with mRNA vaccines developed in the West.

Booster and vaccination campaigns — and the development of next-generation products — are ongoing within China.

It remains unclear what place the new inhaled vaccine will fill in this landscape. CanSino cautioned in a company filing that some regulatory steps remain before the vaccine can go to market, and said its product would face “fierce competition” domestically, where nine vaccines have so far received authorization.
In a news release, CanSino said Convidecia Air “can induce strong humoral, cellular and mucosal immunity.”

The manufacturer didn’t provide data to support those claims, but referred to studies in The Lancet medical journal.

In a small study published in August, CanSino researchers reported that in people who’d had two injected doses of the CoronaVac vaccine, a booster of the inhaled vaccine increased antibody levels compared with a third injected dose of CoronaVac.

CoronaVac, a shot developed by Beijing-based Sinovac used widely in China and globally, uses a different kind of technology from Convidecia, so the inhaled dose provided a heterologous, or mix-and-match, boost.

The study didn’t test whether the inhaled dose kept people from getting infected or preventing them from passing Covid on to others.

Globally, drug manufacturers are racing to make next-generation vaccines that can improve protection against Covid, including those that use innovative methods of delivering doses.

Clinical trials are underway to test more than a dozen spray vaccines to see if they can create so-called mucosal immunity. This boosts certain antibodies in the nose and mouth, specifically, with the goal of preventing an infection from taking hold in the first place.

There’s hope that these non-shot vaccines, which are given as drops, sprays or tablets to the mouth and nose, may also prevent the infection from spreading from person to person — something injected vaccines don’t do very well following the emergence of new variants of the virus.

CanSino’s Convidecia vaccine is similar to the Johnson & Johnson and Oxford AstraZeneca vaccines. It uses a harmless virus called an adenovirus to ferry instructions for making Covid’s spike proteins into cells so the body can create antibodies against them.

None of CanSino’s products have been authorized for use in the United States, but the World Health Organization earlier this year listed the injected version of Convidecia for emergency use.