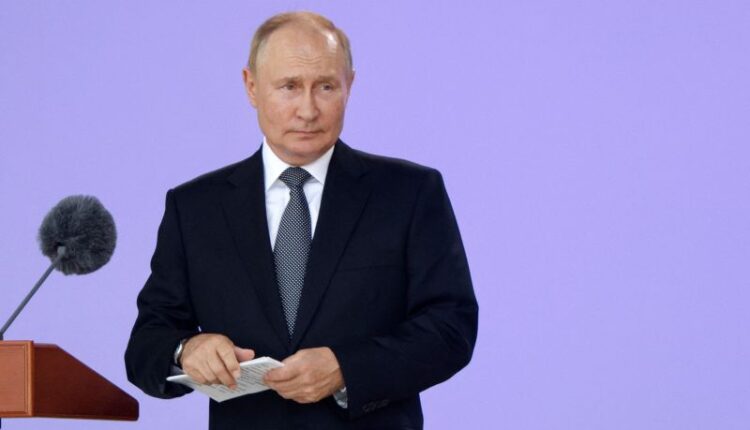 China’s number three leader is expected to meet in person with Russian President Vladimir Putin on the sidelines of an economic forum in Vladivostok on Wednesday, in what will be the most senior-level, face-to-face meeting between the two countries since Moscow’s invasion of Ukraine.

Their meeting will pave the way for China’s top leader Xi Jinping’s face-to-face meeting with Putin in Uzbekistan next week.

Xi will meet Putin at the the Shanghai Cooperation Organization (SCO) summit scheduled on September 15 and 16, Russia’s envoy to Beijing Andrey Denisov told reporters on Wednesday, according to Tass.

It would be the first in-person meeting between the two leaders, who have established a close relationship, since the Russian invasion of Ukraine earlier this year. It would also be the first overseas trip for Xi since the early days of the coronavirus pandemic.

Li arrived in Vladivostok on Wednesday to attend the forum, becoming the most senior Chinese official to leave China since the start of the pandemic, which has seen the country close borders and limit in-person diplomacy. The stop is part of a 10-day overseas tour, where Li will visit Russia, South Korea, Mongolia and Nepal from Wednesday, Chinese state media reported this week.

The expected meeting with Putin underlines the importance of the Russian relationship for China, even in the face of international blow back against Moscow after its unprovoked invasion of Ukraine earlier this year.

It also comes weeks before a critical five-yearly political meeting in Beijing, where Xi Jinping is expected to break with tradition and assume a third term in power, cementing his role as China’s most powerful leader in decades.

Moscow and Beijing have emerged as closer partners in recent years as both face tensions with the West, with Xi and Putin declaring the two countries had a “no limit” partnership weeks before Russia’s invasion of Ukraine. Beijing has since refused to condemn the aggression, instead repeatedly laying blame for the conflict on NATO and the United States.

The two countries have signaled that their partnership remains strong, with China’s Foreign Ministry saying last month that the two sides agreed to “deepen practical cooperation” during a meeting between Chinese Foreign Minister Wang Yi and his Russian counterpart Sergey Lavrov on the sidelines of a regional gathering in Phnom Penh.

Ahead of his expected visit to Russia, Li made similar comments during a meeting last week with Russian Ambassador to China Andrey Ivanovich Denisov in Beijing. There Li, who is also chairman of China’s Standing Committee of the National People’s Congress, stressed the two nations were “headed toward the right direction under the strategic guidance of the two leaders, with firm mutual support and constant political trust,” according to Chinese state media.

It’s unclear what Putin and Li will discuss during the expected meeting at the forum, which focuses on building investment ties between Russia’s eastern region and global investors and where Putin delivered an address Wednesday.

Their meeting comes on the heels of an announcement from Russian energy giant Gazprom on Tuesday, which said it had signed an agreement to start switching payments for gas supplies to China to yuan and rubles instead of dollars. China’s energy imports from Russia have hit record highs for some products this year, as Western countries rolled out sanctions against Moscow and Chinese buyers swept up discounted fuel.