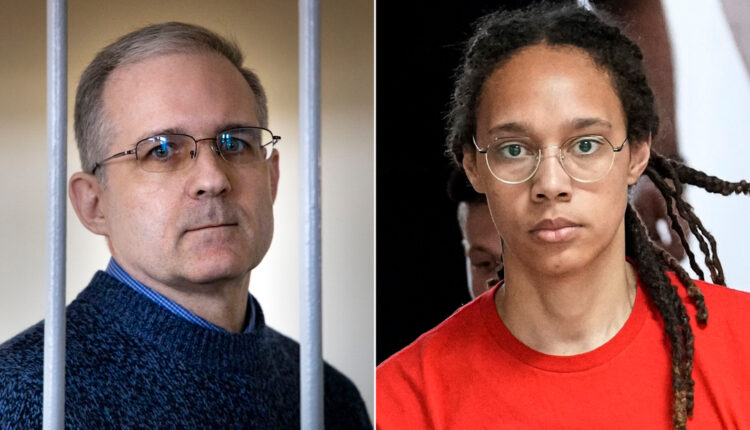 The Russians communicated the request to the US earlier this month through an informal backchannel used by the spy agency, known as the FSB, that they wanted Vadim Krasikov released, the sources said. Krasikov was convicted in December of murdering a former Chechen fighter, Zelimkhan “Tornike” Khangoshvili, in Berlin’s Kleiner Tiergarten in 2019 and sentenced to life in prison.

The request was seen as problematic for several reasons, the sources told CNN, among them that Krasikov remains in German custody. As such, and because the request was not communicated formally but rather through the FSB backchannel, the US government did not view it as a legitimate counter to the US’ offer which was first revealed by CNN on Wednesday.

But underscoring how determined the Biden administration has been to get Griner and Whelan back to the US, US officials did make quiet inquiries to the Germans about whether they might be willing to include Krasikov in the trade, a senior German government source told CNN. A US official characterized the outreach as a status check on Krasikov.

The conversations were never elevated to the top levels of the German government and including Krasikov in a potential trade has not been seriously considered, the German source said. But the previously unreported discussions reveal that Russian officials have at least somewhat engaged with the US’ proposal.

While the request was not made through formal channels, the FSB has an expansive remit and is a core part of the Russian security apparatus. Russian President Vladimir Putin famously worked for its powerful predecessor, the KGB.

Adrienne Watson, a spokesperson for the National Security Council, told CNN after this story was published that “holding two wrongfully detained Americans hostage for the release of a Russian assassin in a third country’s custody is not a serious counter-offer. It is a bad faith attempt to avoid the deal on the table that Russia should take.”

Pressed by Sciutto on whether this development signals negotiations are stalled, Kirby said he would not describe the current situation that way.

“It’s just that they haven’t been willing to faithfully consider or even seriously consider the offer that we put forward. I would not say stalled. … We very much want to see Brittney and Paul come home to their families where they belong. They’re wrongfully detained there. And we’re just going to keep at that work,” Kirby said.

Asked for comment, a State Department official told CNN that “In order to preserve the best opportunity for a successful outcome, we’re not going to comment publicly on any speculation.” Secretary of State Antony Blinken said on Wednesday that the US had put “a substantial proposal on the table weeks ago” to facilitate Griner and Whelan’s release. He added that “our governments have communicated repeatedly and directly on that proposal.”

Blinken spoke with Russian Foreign Minister Sergei Lavrov on Friday about the proposed swap. They had a “frank and direct conversation” Blinken said.

“I pressed the Kremlin to accept the substantial proposal that we put forth on the release of Paul Whelan and Brittney Griner,” Blinken added.

The Russian Foreign Ministry said in a statement that Lavrov “strongly suggested” to Blinken that the United States should return to a mode of “quiet diplomacy” regarding a possible prisoner exchange “without speculative information stuffing.”

It’s unclear if Krasikov was discussed on the call.

Multiple sources told CNN that even if it is not Krasikov, the Russians will likely demand two prisoners be released in exchange for Griner and Whelan. Russian government officials have indicated publicly in recent weeks that they want to see the release of Bout and Roman Seleznev, a convicted hacker currently serving a 27-year sentence in the US.

“I’m not sure that any additional activity, especially in the public sphere, will help a correct, balanced compromise and find a basis to alleviate the fate of a lot of our compatriots such as Viktor Bout, who has health problems, [or] such as Seleznev, and many others,” Deputy Russian Foreign Minister Sergey Ryabkov told reporters earlier this month.

But US officials believe Russia is just trying to buy time by making unserious offers until Griner’s trial is over.

Griner is on trial for allegedly entering Russia in February with cannabis oil in her luggage, something she said she uses for pain relief and that she packed in her bags unintentionally. Whelan was convicted on espionage charges in 2020 and sentenced to 16 years in prison. The State Department has declared both of them wrongfully detained.