Coming soon to banknotes around the world: King Charles 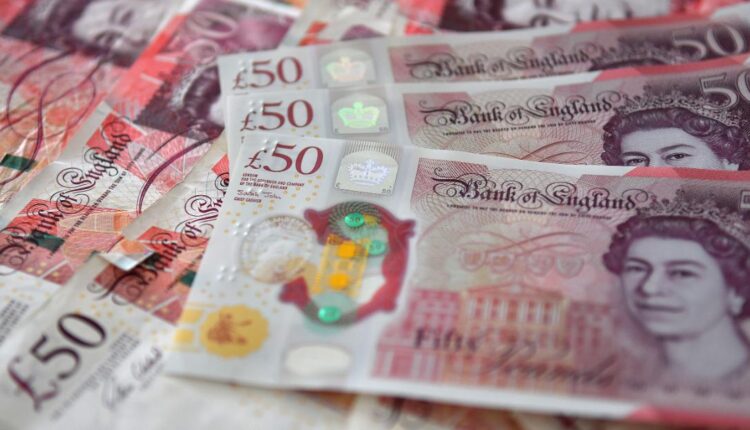 For almost 70 years, the Queen’s image has appeared on the United Kingdom’s coins, with different portraits of her profile as she aged. She was featured on the nation’s banknotes for more than 60 years, the first British monarch to do so. Her portrait also features on the currency of several countries that were formerly under British rule.

Since 1953, one year after the Queen took the throne, UK coins have borne five different versions of her portrait. She appeared on the country’s banknotes starting in 1960.

But now, the Bank of England, which prints the country’s banknotes, and the Royal Mint, which makes its coins, face the sizeable task of withdrawing that currency from circulation and replacing it with money bearing the portrait of King Charles III.

There are more than 4.7 million banknotes in circulation in the UK, worth a collective £82 billion ($95 billion), according to the central bank. There are also around 29 billion coins circulating, the Royal Mint said.

The new money is likely to introduced gradually, and coexist as legal tender with the old notes and coins for a period of time.

A similar phase-in happened in 2017, when the Royal Mint began issuing a new 12-sided £1 coin. The new coin circulated at the same time as the old round-shaped £1 for six months before the latter lost its status as legal tender.

But it’s not just cash that will require a makeover. The UK faces a mammoth operation to change the royal insignia on thousands of post boxes and newly issued passports.

The Royal Mint said in a statement on its website that coins bearing the image of the Queen “remain legal tender and in circulation,” and that their production would continue as usual during “this period of respectful mourning.”

The Bank of England said that the Queen’s “iconic portraits [were] synonymous” with some of its most important work.

“Current banknotes featuring the image of Her Majesty The Queen will continue to be legal tender,” it said in a Thursday statement. (At one point Friday, so many people were attempting to access the Royal Mint’s website that there was a virtual queue to get in.)

The central bank said it would lay out its plans to replace existing banknotes once the period of mourning ends. The Royal Mint also said that it would make an announcement in due course.

The Queen’s image is also emblazoned on some banknotes and coins across the Commonwealth — an association of 54 countries, almost all of which were formerly colonized by the UK.

In Canada, where the Queen remains the head of state, her image features on plastic $20 banknotes.

“The current polymer $20 bank note is intended to circulate for years to come. There is no legislative requirement to change the design within a prescribed period when the Monarch changes,” Amélie Ferron-Craig, a spokesperson for the Bank of Canada, said in a statement to CNN Business.

Canada’s finance minster is responsible for approving the design of new banknotes, Ferron-Craig added, and issuing those notes usually takes a few years.

In Australia, too, the Queen’s portrait features on the $5 note. The Reserve Bank of Australia said on Friday that there would be no “immediate change” to its banknotes.

It added that its $5 notes would “not be withdrawn” and would likely stay in circulation for years.