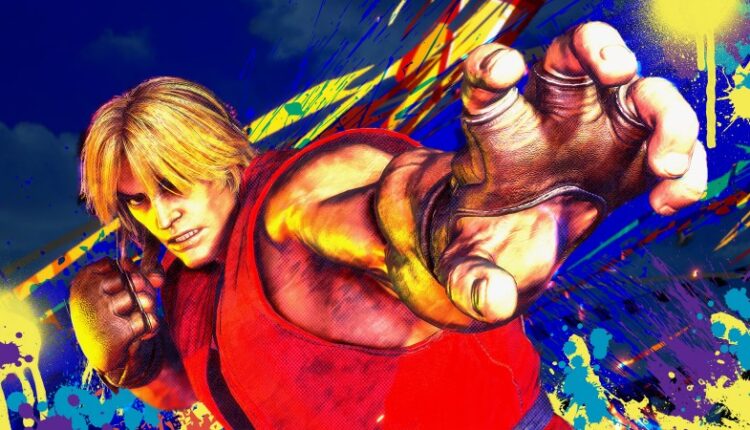 
As Capcom readies the next mainline entry of its beloved fighting franchise, it’s taking the fight to a new arena: the cover of Game Informer. That’s right: Our next issue proudly features Street Fighter 6 on the cover. The cover art, created by designer Goro Tokuda, features one of the original World Warriors, Ken, sporting his new look. Everyone (Capcom included) has seen your memes about Ken’s rougher appearance in this game, but we traveled to the studio in Osaka, Japan, to learn more about what’s happening with one of the franchise’s most iconic characters.

While there, we went hands-on with the game, had extensive conversations with the developers, chatted about the lessons the team took from Street Fighter V’s disappointing launch, and even learned about a new way to play Street Fighter 6. We also traveled to a local game center with director Takayuki Nakayama and producer Shuhei Matsumoto so they could duke it out on Street Fighter II, Street Fighter IV, and Street Fighter V arcade cabinets. Also, as part of our time with Capcom, we chatted about the first 35 years of the series. That’s why, within the pages of this same issue, you can read our massive series retrospective that directly leads into our equally big story previewing everything Street Fighter 6 offers.

But of course, as much as we love Street Fighter, issue 351 holds so much more for you within its pages; I wasn’t the only one who went globetrotting in search of a good story. Matt Miller traveled to the far side of the world to the French territory of New Caledonia to learn about the inspiration behind the exciting upcoming game Tchia. Blake Hester flew to Tokyo to meet with Ryu Ga Gotoku Studio to talk to the team behind the Yakuza/Like a Dragon series. Alex Van Aken took a trip to Los Angeles to meet with Yacht Club Games and get a behind-the-scenes look at Mina The Hollower, the studio’s next big game. Finally, rounding out the features in this issue, contributor Reid McCarter explores how Naughty Dog uses visual storytelling in its The Last of Us series.

On top of that, we also have our annual Holiday Buying Guide, which might help you pick out a gift for the nerd in your life – even if that nerd is you! Plus, as always, our preview section is full of looks at the biggest upcoming games. This month, we have info dumps on The Legend of Zelda: Tears of the Kingdom, Rise of the Ronin, Pokémon Scarlet and Violet, Like a Dragon: Ishin, and plenty more.

We also have a Game Informer Gold version of the issue. Limited to a numbered print run per issue, this premium version of Game Informer isn’t available for sale. To learn about places where you might be able to get a copy, check out our official Twitter, Facebook, and Instagram, and stay tuned for more details in the coming weeks. Click here to read more about Game Informer Gold.

Print subscribers can expect their issues to arrive in the coming weeks. The digital edition of this issue launches later today for PC/Mac, iOS, and Google Play. To subscribe to either the digital or print version, click here. Be sure to keep an eye on our coverage hub for online features over the coming weeks by clicking the banner below.