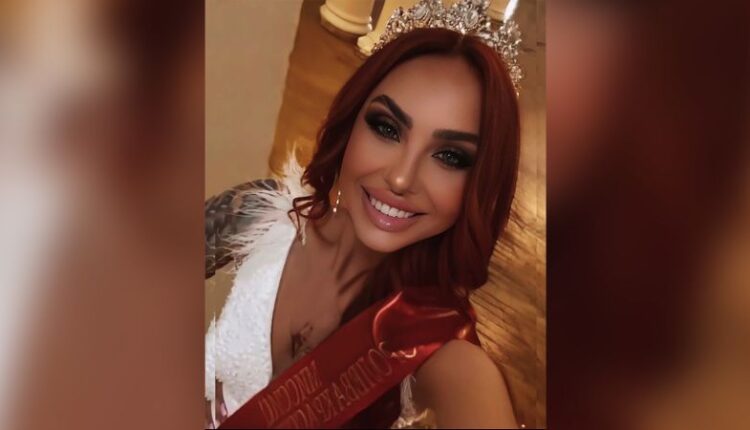 A Crimean beauty queen has been fined 40,000 Russian rubles (around $680) by occupying Russian authorities for singing the patriotic Ukrainian song “Chervona Kalyna,” according to Russian state media and pro-Russian regional authorities.

Olga Valeeva, who was named Mrs Queen Beauty – Crimea 2022, was spared a jail sentence because she has children who are underage, Russian state news agency TASS reported on Monday.

A spokesperson for the Ministry of Internal Affairs in Crimea said in a video that it identified a video online in which “two girls sang a song that is the battle anthem of an extremist organization.”

It said that the pair were detained on suspicion of “committing illegal actions aimed at discrediting the use of the Armed Forces of the Russian Federation, as well as publicly displaying prohibited symbols.”

They were subsequently found guilty by a court, the ministry said, and Valeeva’s friend was sentenced to 10 days detention.

“Chervona Kalyna” is a patriotic Ukrainian song that has gone viral during Russia’s invasion, and rock band Pink Floyd has released a cover version.

The lyrics urge the Ukrainian nation to rise up and “rejoice” like a red kalyna shrub (“chervona kalyna”) that is growing in a field.

“In Crimea, no one is punished for normal Ukrainian songs,” said Oleg Kriuchkov, adviser to the Russian administration head of occupied Crimea, on Telegram Sunday.

“But! No one will allow nationalist hymns to be sung here! If you want to sing ‘Chervona Kalyna’ or ‘Our father is Bandera…’ we will provide a platform – we will take you to neutral territory to Nikolaev or Zaporozhzhia. Sing all you want,” Kriuchkov added.

The Ukrainian region of Crimea was illegally annexed by Russia in 2014.

Since annexation, human rights observers have described Crimea’s descent into a police state, with local authorities and Russian security services persecuting and arresting those perceived to be loyal to Ukraine, including members of the Crimean Tatar community.

Why is North Korea firing so many missiles — and should the West be worried?