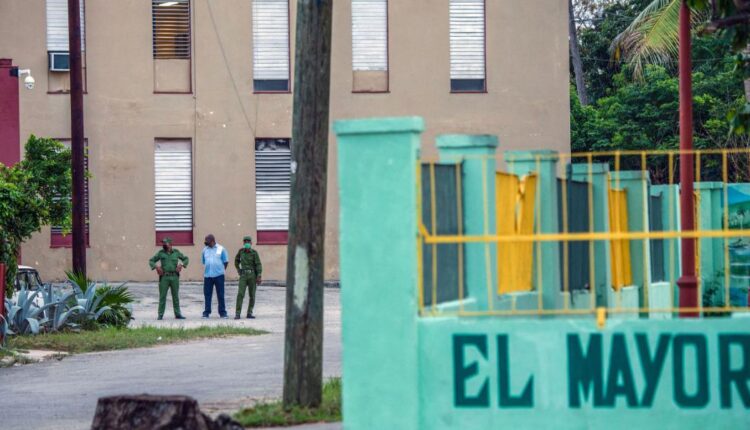 Luis Manuel Otero Alcantara and Maykel Castillo Perez, known as “Osorbo,” are both members of the San Isidro Movement, a group of artists and activists who have clashed with Cuban officials over government censorship.

Both men appeared in the music video for the opposition song “Patria y Vida,” which means “homeland and life” in Spanish, a searing critique of the Cuban government.

Osorbo, who rapped in parts of the song, shared two Latin Grammys that “Patria y Vida” won in 2021.

The Cuban government so far has not commented on the trials, but previously said both men are agents of the United States, paid to disrupt the social order on the communist-run island.

Per activists, Otero Alcantara faces charges of defamation of public institutions and national symbols, contempt and public disorder while Osorbo is being tried for disrespect and resisting authority.

Both men have said they are being unjustly persecuted for attempting to peacefully protest against government censorship.

In an audio message that activist Claudia Genlui distributed on social media purportedly of Otero Alcantara speaking from prison, the artist says Cuban officials have told him he will not face prison time if he chooses to go into exile.

“In the country I dream of,” Otero Alcantara said in the audio message, “the children of Cuba will not have to emigrate and will be able to fulfill their goals on the island or return whenever they wish.”

Osorbo was arrested in May 2021 following several confrontations with police and, according to activists, faces up to ten years in prison.

Otero Alcantara was arrested in July 2021 during widespread protests across Cuba where thousands took to the streets decrying the lack of food, medicines and civil liberties.

Cuba blamed the US government for creating the unrest.

According to activists, Otero Alcantara faces up to seven years in prison.

On Monday there was a heavy police presence outside the court where activists said the men were going on trial.

Police manning barricades blocked the street outside the court, preventing international journalists and diplomats from several European countries from reaching the building.

Trying the men could create greater dissent among Cubans.

After Otero Alcantara was detained following a hunger strike in 2020, hundreds of artists and students staged a sit-in at the Ministry of Culture. Cuban officials quickly released Otero and claimed he was part of a US “soft coup” against the island.

Following the July 2021 protests, the Cuban government has tried hundreds of demonstrators, the most widespread prosecutions since the beginning of the island’s revolution.

“Nobody should be forced to choose between leaving their own country or facing abusive criminal charges for which they should not be prosecuted or imprisoned in the first place,” Human Rights Watch and Amnesty International said in a joint statement on the two activists.

Tracing Threads: The Making Of Tunic