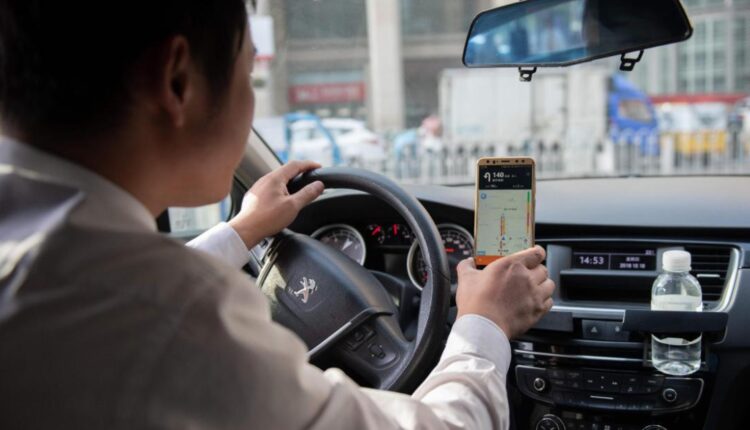 That’s according to the Wall Street Journal, which reported Monday, citing unidentified sources, that Beijing’s cybersecurity review of the ride-hailing giant was about to wrap up. The move would allow Didi to return to app stores in mainland China, potentially as soon as this week.
The report, which comes almost one year after the company was first hit by regulators and had its app banned in China, sent its shares in New York up 53% in premarket trading on Monday.
Didi (DIDI) isn’t the only company said to be out of the woods. Two other US-listed Chinese firms — logistics provider Full Truck Alliance (YMM) and online recruitment platform Kanzhun (BZ) — are also reaching the tail end of their respective data security probes, and will have access to app stores restored, too, according to the Journal.

Shares of those companies jumped 27% and 21% in premarket trade on Monday, respectively. Didi, Full Truck Alliance and Kanzhun did not immediately respond to a request for comment.

The conclusion of the cybersecurity review comes too late to save Didi from an ignominious retreat from Wall Street just a year after it listed, and will have further consequences for the company.

All three companies are set to be fined, with the largest levy against Didi, sources told the Journal.

They will also be expected to hand over 1% in equity to Chinese authorities, giving the government an official role in decisions, according to the newspaper.

End of a chapter

The news caps a dramatic year for what was once one of China’s most celebrated and valuable companies.

But just days later, Chinese authorities banned the service from app stores in the country, and initiated the cybersecurity probe. That investigation turned the company into a poster child for Beijing’s crackdown on tech firms, and stopped it from registering new users.
Since then, almost 90% of its market cap has been wiped out, plunging from nearly $70 billion a year ago to roughly $9 billion now.

Didi said last December it would leave the US stock market, without giving a reason. The move was widely seen as an attempt to appease Chinese officials who were unhappy with how it went public overseas.

Last month, shareholders voted to go ahead with the withdrawal after the company said regulators would not be able to conclude their investigation while it remained listed on Wall Street. The company plans to list its shares in Hong Kong but has not laid out a specific timeline.
Didi is also facing scrutiny in the United States. Earlier this month, it disclosed that it was being investigated by the Securities and Exchange Commission for the bungled IPO.