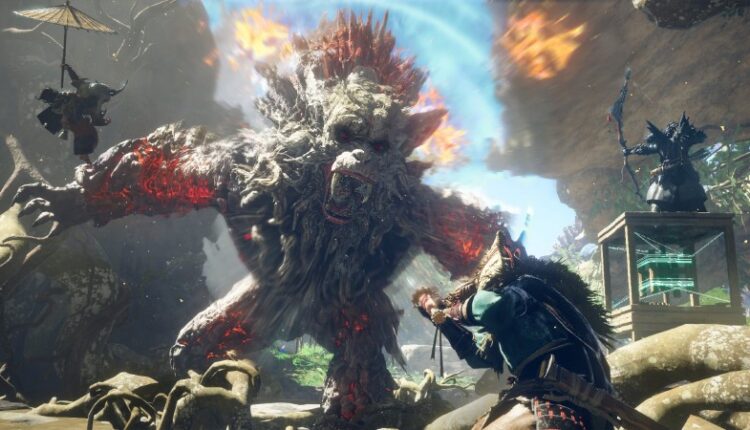 More specifically, this EA Originals title will be released on February 17, 2023. This news comes by way of the game’s reveal trailer released today. In it, we see a lot of monster hunting action. The game seems to take place in a mythological land filled with large and dangerous beasts. You’ll need to craft better gear to take on tougher monsters, eventually taming the otherwise wild area.

Check out the reveal trailer below:

As you can see, Wild Hearts looks great, especially if you’re someone who’s a fan of Capcom’s long-running Monster Hunter series.

“Wild Hearts opens up a vibrant fantasy world to players that’s as untamed as it is beautiful,” Koei Tecmo executive vice president Yosuke Hayashi writes in a press release. “With Wild Hearts, not only did we want to showcase the evolution, infusion, and real threat caused by Kemono, but we also wanted to create a game where crafting was at the core of the experience, redefining what can be possible in a beast hunting game. We have placed great care in designing our Karakuri to fit within the combat, and we’re excited for players to use these powerful mechanisms to fight giant beasts and traverse the world.”

Wild Hearts take place in Azuma, a fantasy landscape inspired by feudal Japan, now ravaged by the once-peaceful Kemono. These Kemono range from plant-infused squirrels to the massive creatures seen in the trailer above, like the Kingtusk wild boar.

“After a dreadful fight with the winter wolf Deathstalker, players become bearers of a life-sustaining technology and are compelled to restore balance across the region,” the press release reads.

The game will feature co-op gameplay that allows you and up to two additional friends to fight Kemono. Plus, it will feature cross-play as well, so PlayStation players can play with their Xbox friends and vice versa. The same goes for PC, too.

Are you excited about Wild Hearts? Let us know what you think of this reveal in the comments below!