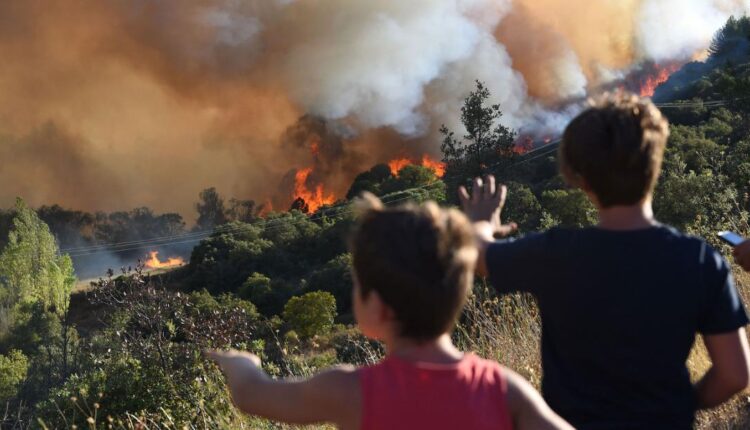 
“England had just 35% (23.1mm) of its average rainfall for the month,” the UK’s national weather service, the Met Office, said in a statement on Monday.

The south and east of the country were hit particularly hard by the lack of rainfall. Southern England recorded its driest July on record since 1836, with only 17% of average rainfall, according to the Met office.

Like the rest of Europe, July saw a record-breaking heatwave hit the British Isles. The UK saw temperatures above 40 degrees Celsius (104 Fahrenheit) for the first time, with a record temperature of 40.3 degrees Celsius set on July 19 in Coningsby, Lincolnshire.

In France, there was just 7.8 mm of rain in July, Christophe Béchu, the country’s Minister of Ecological Transition, told FranceInfo radio on Monday.

“We have a deficit of 88% compared to what would have been necessary,” Béchu added.

The July heatwave brought raging wildfires across the western and southern parts of the country, and a new heatwave is expected to hit France this week.

The southwest is forecast to potentially reach 40 degrees Celsius on Wednesday, according to Météo France, the country’s meteorological service.

Wildfires have been popping up across southern France, with the biggest one in the department of Gard destroying more than 350 hectares (over 860 acres) of forests by Sunday night, according to local fire department.

Nearly half of Europe’s territory, including the UK, is “at risk” of drought, researchers at the European Commission’s Joint Research Centre warned on July 18.

A “staggering portion” of 44% of European Union and UK territory is subject to a drought warning, with 9% on drought alert, said researchers.

For Asia’s migrant workers, extreme heat is ‘a matter of life and death’