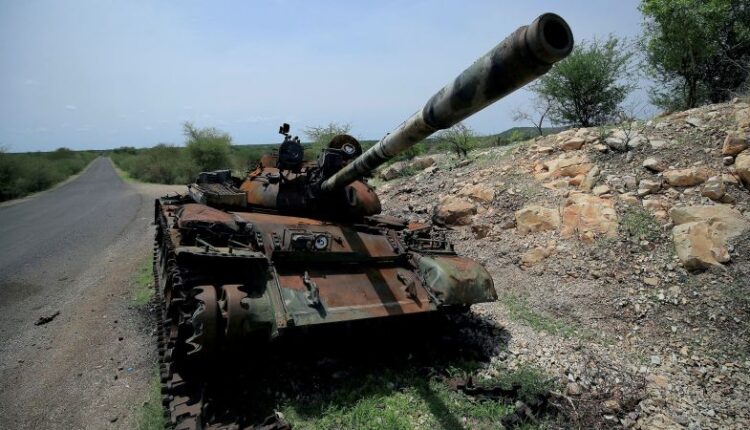 The Ethiopian government and the Tigray People’s Liberation Front (TPLF) have agreed to permanently end hostilities, in a significant step toward ending the grinding war that has seen thousands of people killed, millions displaced, and millions more left in urgent need of food assistance.

The two sides said on Wednesday evening that they would “permanently silence the guns and end the two years of conflict in northern Ethiopia” in a joint statement published after delegates shook hands.

Ethiopia’s Tigray rebels will eventually be disarmed and demobilized, according to the statement. “We have also agreed on a detailed program of disarmament, demobilization, and reintegration for the TPLF combatants, taking into account the security situation on the ground,” it read.

The deal was first announced by African Union (AU) High Representative for the Horn of Africa and former Nigerian president Olusegun Obasanjo, in a media briefing following AU-led negotiations in Pretoria which lasted over a week.

There will be a “systematic, orderly, smooth and coordinated disarmament, restoration of services, unhindered access to humanitarian supplies, protection of civilians, especially women children and other vulnerable groups,” Obasanjo said.

An AU high-level partner will be tasked with “monitoring, supervising and implementation,” he added, without providing more details.

“This is not the end of the peace process but the beginning of it,” Obasanjo said.

The peace process has been fitful until now. In September, forces in Ethiopia’s Tigray region said they were ready to observe an immediate ceasefire and accept an African Union-led peace process to end a conflict with federal forces that has stretched over nearly two years.

But hostilities escalated once more from the beginning of October.

On October 17, United Nations chief Antonio Guterres said the situation was “spiraling out of control” and reiterated his calls for fighting to stop immediately in Tigray.

Guterres emphasized the “horrific” toll being exacted on Ethiopia’s civilian population, saying that hundreds of thousands of people had been forced to leave their homes – many for the second time – since hostilities resumed in August.

He also said the UN had received “disturbing accounts of sexual violence and other acts of brutality against women, children and men.” CNN previously reported on evidence of sexual violence being used as a deliberate weapon of war in Ethiopia’s northern Tigray region.

Guterres said 13 million Ethiopians were in need of food and support in the regions of Tigray, Amhara and Afar before the resumption of hostilities, which have disrupted the delivery of aid for more than seven weeks. In the case of Tigray, they have been suspended altogether, according to Guterres.

“The level of need is staggering,” said Guterres.

Renewed peace talks began on October 24, marking the first time the two warring parties had met publicly since the conflict erupted. Those talks came amid renewed intense fighting in Tigray during which Ethiopian forces gained ground.

In a statement on Wednesday, TPLF’s lead delegate Getachew Reda acknowledged that thousands of combatants and civilians from both sides had died in recent days since the resumption of hostilities, and emphasized the importance of implementing the peace deal as soon as possible.

“In order to address the pains of our people, we have made concessions because we have to build trust,” he said.

He urged the international community to support the cessation, in order to avoid a relapse of fighting.

In a separate statement, Ethiopian Prime Minister Abiy Ahmed also celebrated the conclusion of the talks saying, “our commitment to peace remains steadfast. And our commitment to collaborating for the implementation of the agreement is equally strong.”

Abiy also invited international partners to assist in reconstruction in conflict-affected areas in the north.

Correction: The story has been updated to clarify the plans for the demobilization of Tigrayan rebels laid out in the agreement.

Xi Jinping has secured his power at home. Now he’s stepping back out on the international stage