Europe’s big question: What a diminished Russia will do next 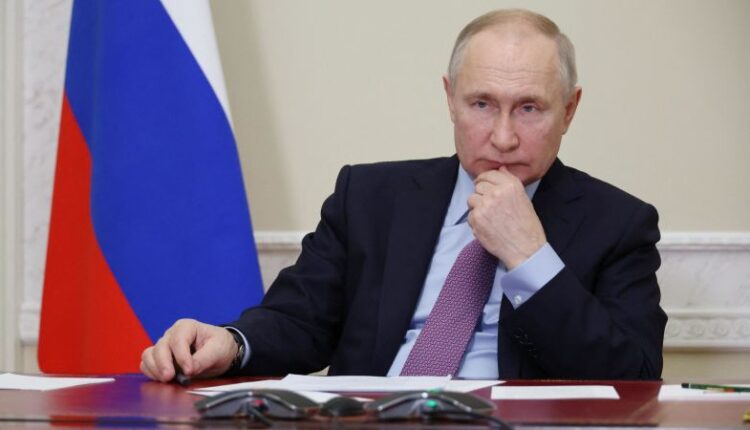 Russia’s war in Ukraine has proven almost every assumption wrong, and left Europe wondering what left is safe to assume.

Its invasion in February managed to startle in every way. To those who thought Moscow was sane enough to not attempt such a massive and foolhardy undertaking. To those who felt the Russian military would waltz across a land of 40 million people and switch to clean-up operations within 10 days. And to those who felt they had the technical and intelligence prowess to do more than just randomly bombard civilian areas with ageing artillery; that the Kremlin’s military had evolved from the 90s levelling of Grozny in Chechnya.

And finally, to those who felt nuclear saber-rattling was an oxymoron in 2022 – that you could not casually threaten people with nukes as the destruction they brought was complete, for everyone on the planet.

Still, as 2022 closes, Europe is left dealing with a set of known unknowns, unimaginable as recently as in January. To recap: a military once considered the world’s third most formidable has invaded its smaller neighbor, which a year ago excelled mostly in IT and agriculture.

Russia spent billions of dollars apparently modernizing its military, but it turns out that it was, to a large extent, a sham. It has discovered its supply chains don’t function a few dozen miles from its own borders; that its assessment of Ukraine as desperate to be freed from its own “Nazism” is the distorted product of nodding yes-men, feeding a president – Vladimir Putin – what he wanted to hear in the isolation of the pandemic.

Russia has also met a West that, far from being divided and reticent, was instead happy to send some of its munitions to its eastern border. Western officials might also be surprised that Russia’s red lines appear to shift constantly, as Moscow realizes how limited its non-nuclear options are. None of this was supposed to happen. So, what does Europe do and prepare for, now that it has?

Key is just how unexpectedly unified the West has been. Despite being split over Iraq, fractured over Syria, and partially unwilling to spend the 2% of GDP on security the United States long demanded of NATO members, Europe and the US have been speaking from the same script on Ukraine. At times, Washington may have seemed warier, and there have been autocratic outliers like Hungary. But the shift is towards unity, not disparity. That’s quite a surprise.

Declarations that Russia has already lost the war remain premature. There are variables which could still lead to a stalemate in its favor, or even a reversal of fortune. NATO could lose patience or nerve over weapons shipments, and seek economic expediency over long-term security, pushing for a peace unfavorable to Kyiv. But that does, at this moment, seem unlikely.

Russia is digging in on the eastern side of the Dnipro River in southern Ukraine, and has the advantage that the Donetsk and Luhansk frontlines in Ukraine’s east are nearer its border. Yet its challenges are immense: poorly trained, forcibly conscripted personnel make up 77,000 of its frontline troops – and that’s according to the glossy assessment voiced by Putin. It is struggling for munitions, and seeing regular open, internal criticism of its winter supply chain.

Ukraine is on home territory, with morale still high, and Western weapons still arriving. Since the collapse of Moscow’s patchwork of forces around the northeastern city of Kharkiv in September – where their supply lines were cut by a smarter Ukrainian force – the dynamic has all been against Moscow.

The prospect of a Russian defeat is in the broader picture: that it did not win quickly against an inferior adversary. Mouthpieces on state TV talked about the need to “take the gloves off” after Kharkiv, as if they would not be exposing a fist that had already withered. Revealed almost as a paper-tiger, the Russian military will struggle for decades to regain even a semblance of peer status with NATO. That is perhaps the wider damage for the Kremlin: the years of effort spent rebuilding Moscow’s reputation as a smart, asymmetrical foe with conventional forces to back it up have evaporated in about six months of mismanagement.

The question of nuclear force lingers still, chiefly because Putin likes regularly to invoke it. But even here Russia’s menace has been diminished. Firstly, NATO has been sending unequivocal signals of the conventional devastation its forces would mete out were any form of nuclear device used. Secondly, Russia’s fairweather allies, India and China, have quickly assessed its losing streak and publicly admonished Moscow’s nuclear rhetoric. (Their private messaging has likely been fiercer.)

And finally, Moscow is left with a question nobody ever wants to learn the answer to: if its supply chains for diesel fuel for tanks 40 miles from its border do not function, then how can they be sure The Button will work, if Putin reaches madly to press it? There is no greater danger for a nuclear power than to reveal its strategic missiles and retaliatory capability do not function.

Despite this palpable Russian decline, Europe is not welcoming in an era of greater security. Calls for greater defense spending are louder, and heeded, even if they come at a time when Russia, for decades the defining issue of European security, is revealing itself to be less threatening.

Europe is realizing it cannot depend on the United States – and its wild swings between political poles – solely for its security.

Meanwhile thousands of innocent Ukrainians have died in Putin’s egotistical and misguided bid to revive a Tsarist empire. More broadly, authoritarianism has been exposed as a disastrous system with which to wage wars of choice.

Yet some good has come from this debacle. Europe knows it must get off its dependence on Russian gas immediately, and hydrocarbons in general in the longer term, as economic dependence on the fossil fuels of dictators cannot bring longer-term stability.

So, how does the West deal with a Russia that has experienced this colossal loss of face in Ukraine and is slowly withering economically because of sanctions? Is a weak Russia something to fear, or just weak? This is the known unknown the West must wrestle with. But it is no longer such a terrifying question.

For over 70 years, the Russians and West held the world in the grip of mutually assured destruction. It was a peace based on fear. But fear of Moscow should be ebbing slowly, and with that comes the risk of miscalculation. It also raises a less chilling prospect: that Russia – like many autocracies before it – may be fading, undermined by its own clumsy dependence on fear domestically.

Europe’s challenge now is to deal with Russia in a state of chaotic denial, while hoping it evolves into a state of managed decline. One abiding comfort may be that, after underestimating Moscow’s potential for malice, the risk for Europe would be to overstate its potential as a threat.

Stalker 2: Heart Of Chornobyl Returns With A Bang In New Gameplay Trailer