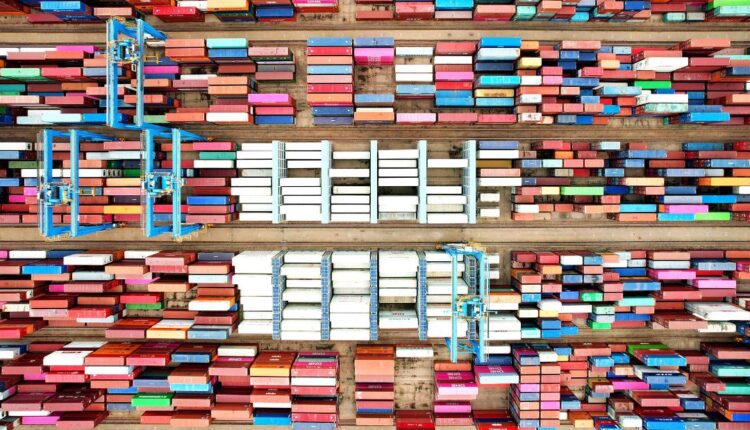 “These tariffs are adding to the cost of many goods that US consumers are buying,” Cohn told CNN.

Cohn, now vice chairman at IBM (IBM), is a vocal advocate of free trade and frequently clashed with Trump officials who favored tariffs.

Cohn, a former top executive at Goldman Sachs, announced his departure from the Trump administration in March 2018 after Trump vowed to impose steel and aluminum tariffs.

Biden on Tuesday said he plans to speak to Chinese President Xi Jinping as the US president considers whether to ease some tariffs on China. Treasury Secretary Janet Yellen has said some of these tariffs are harming families and businesses.

“If you get rid of these tariffs, the price of those goods should go down,” Cohn said.

He conceded, however, that this won’t be a cure-all for inflation, which unexpectedly got worse in May.

“No one thing is going to solve inflation. We have to do as many things as we possibly can to try and lower prices,” he said.

Of course, there are bipartisan concerns about China’s trade practices. Unwinding tariffs could undermine efforts to tackle such problems as theft of intellectual property, illegal subsidies and dumping cheap products into foreign markets.

Not to mention the fact that China has not lived up to the Phase One trade agreement signed in early 2020. China has purchased only 57% of the US goods and services exports over 2020-2021 that it committed to under the agreement, according to estimates from the Peterson Institute for International Economics.

Asked if rolling back tariffs would reward China for failing to live up to its end of the deal, Cohn pushed back.

“Are we rewarding China? Are we rewarding US citizens because they’re going to buy these goods no matter what and we’re taking more disposable income out of their hands,” Cohn said.

‘Control our own destiny’

Beyond rolling back tariffs, Cohn urged lawmakers to address inflation by investing in US supply chains. Specifically, he called for Congress to pass the Bipartisan Innovation Act, legislation championed by the White House that would invest in domestic computer chip manufacturing.

“Clearly, chips and computer chips are now the crucial limiting factor that go into so many goods that we all need as American consumers. It affects us in almost every part of our daily lives,” Cohn said. “It starts from the security of the country and the military equipment, all the way down to our everyday appliances that we have on our countertops and everything in the middle.”

The shortage of computer chips has derailed the production of cars, driving up prices for both new and used cars and contributing to today’s high inflation.

Cohn noted that the United States relies on Taiwan and China for the vast majority of its high-end computer chips, including semiconductors that go into weapons systems and airplanes.

The Senate passed legislation last summer to spend $52 billion on computer chip manufacturing and research in the United States. The funding has not yet been signed into law and lawmakers are still haggling over the details.

Earlier this month, Senators Elizabeth Warren and Bernie Sanders and Rep. Sean Casten called for “corporate guardrails” that would ensure the funding does not go towards enriching CEOs. The lawmakers called for conditions that would prohibit recipients of the funding from buying back their own stock, outsourcing jobs and repealing existing collective bargaining agreements.

“Guardrails are needed to create and defend American jobs,” the lawmakers wrote in a letter.

Cohn, however, argued that these restrictions would disincentive companies from investing in America.

“If we put these guardrails on, what’s unfortunately going to happen is US companies will not take the money,” Cohn said. “They’ll take the money from foreign governments and they’ll build their facilities in foreign countries.”