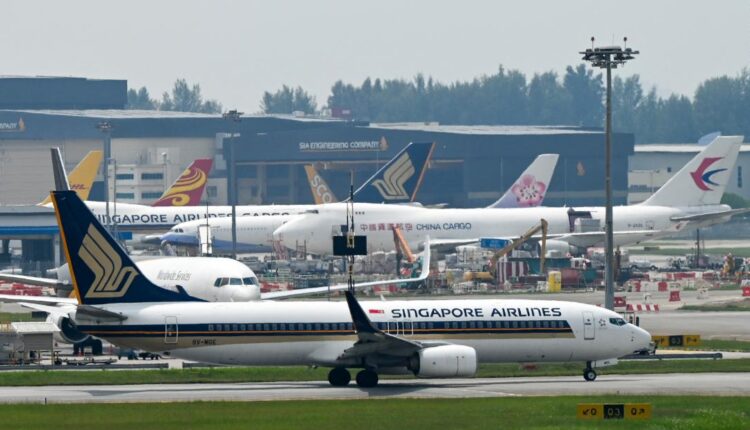 “Our fighters escorted the airliner till it landed safely at Changi Airport.”

The army was “mobilized immediately,” according to Defense Ministry officials who discovered the bomb threat to be false.

“Teams from (the army’s) Chemical, Biological, Radiological and Explosives Defence Group and Airport Police Division were on site to verify the claims,” it said.

“Preliminary investigations indicate that a 37-year-old male passenger had allegedly claimed that there was a bomb in a hand-carry bag and had assaulted the crew.

The flight, which lasted 16 hours and 25 minutes, eventually landed safely at Changi Airport at about 5:50 a.m. on Wednesday with no delay in arrival, public state broadcaster Channel NewsAsia reported.

The airline issued a statement that a passenger had been “subsequently restrained on board” the flight and was handed over to airport police upon arrival.

“The safety of our customers and staff is always our top priority,” Singapore Airlines said. “All passengers and crew have disembarked normally at 9:20 a.m. (Singapore Time).”

“We are assisting the authorities with their investigations and regret that we are unable to provide further details.”

Officials from Changi Airport and the Immigration and Checkpoints Authority did not immediately respond to follow-up requests for comment from CNN.

Singapore Airlines, the country’s national carrier, is often regarded as one of the safest airlines in the world — but it has seen its fair share of similar incidents in recent years.

In 2019, a woman and her child traveling from Mumbai to Singapore were held for questioning after the pilot raised a bomb threat alert.

The year before that, a male passenger traveling on the airline’s budget carrier made comments that he had a bomb in his bag, which caused the plane to make a U-turn as air force fighter jets scrambled to escort it back. He was later fined $4,500 for using threatening words to cause public alarm.