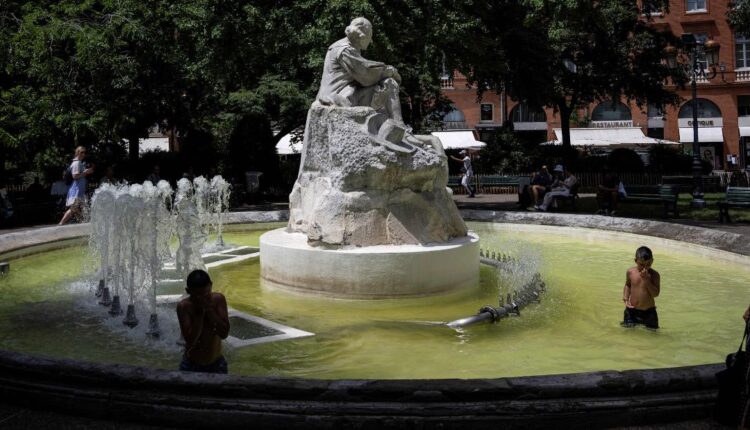 
On Thursday afternoon, the town of St-Jean-de-Minervois in southern France reached 40° C (104° F), the earliest that the country (excluding Corsica) has ever reached 40°, according to the weather service Meteo France.

Temperatures across Spain and France have been well above average for several days and the heat is expected to peak this weekend.

In Paris, forecasts show Saturday could become the hottest June day yet. The expected high (between 38-39° C, or 100-102° F) would break the French capital’s previous June heat record, set in 1947.

Climate scientists have previously warned that such heat waves are becoming more frequent and increasingly severe because of the climate crisis. Five of the top 10 hottest June days in Paris have occurred since 2017.

Temperatures reached catastrophic levels in France in 2019, when Paris saw a record 42.6° C in July. According to the French Ministry of Health, 567 people died during a heatwave between June 24 and July 7 that year. A second heatwave that summer claimed the lives of another 868 people.

Only about 5% of French homes have access to A/C units, according to Réseau de Transport d’Électricité — compared to about 85% for US homes.

This heatwave comes on the heels of broader Europe’s hottest summer on record, last year.
Both India and the US are also currently combating extreme heat, with nearly one-third of the US population under heat warnings or advisories.