France tells citizens to leave Iran ‘as soon as possible’ 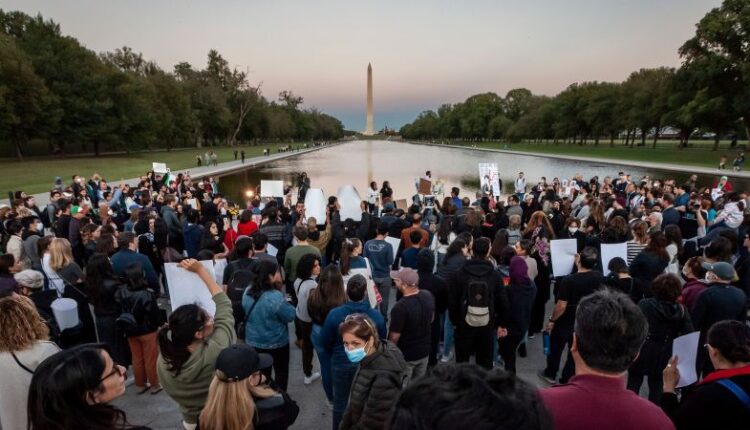 France has urged all French nationals to leave Iran “as soon as possible,” warning that they risk “arrest, arbitrary detentions and unfair trial.”

The French Ministry of Foreign Affairs in an update on its website Friday warned that “all French visitors, including dual nationals, are exposed to a high risk of arrest, arbitrary detention and unfair trial.”

The risk also applies to those there for a tourist visit, according to the update.

The Foreign Ministry also warned that in the case of arrest or detention, “the respect of fundamental rights and security of the person are not guaranteed.”

Earlier on Friday, the Foreign Ministry called on Iran to release two French citizens, who had been shown in video aired by Iranian state media saying they were operatives for the French intelligence service.

Speaking in French, Kohler says in the video, “we were in Iran to prepare the conditions for the revolution in Iran and the overthrow of the Iranian Islamic regime.”

Also, speaking on camera, Paris appears in the video separately and says, “the objectives of the DGSE, it is to put pressure on the government.”

The Foreign Ministry has said that the “alleged confessions” have no basis whatsoever and that it believes that the detainees were speaking under duress.

“Ms. Cecile Kohler and Mr. Jacques Paris have been arbitrarily detained in Iran since May 2022, and as such are state hostages. France reiterates its demand for their immediate release,” the Foreign Ministry said.

“The staging of their alleged confessions is undignified, revolting, unacceptable and contrary to international law. This masquerade reveals the contempt for human dignity that characterizes the Iranian authorities. These alleged confessions extracted under duress have no basis whatsoever, any more than the reasons given for their arbitrary arrest,” the statement continued.

France has reiterated its demand for the immediate release of Kohler and Paris in accordance with Iran’s international obligations under the Vienna Convention of 24 April 1963.

Ongoing popular upheaval in Iran has mounted a significant political threat to the ruling clerical regime.

Protests were sparked by the death of Mahsa Amini, a 22-year-old Kurdish Iranian woman, who died shortly after her detention by morality police on September 13.

Amini’s name has since become a rallying cry for demonstrators across the nation.

France has been vocal in condemning her death as well as the Iranian government’s subsequent crackdown on protestors.

French Foreign Minister Catherine Colonna told the European Parliament on Tuesday that France condemned “widespread and disproportionate use of force against nonviolent protesters,” calling for sanctions to be placed on Iran’s high-ranking officials.