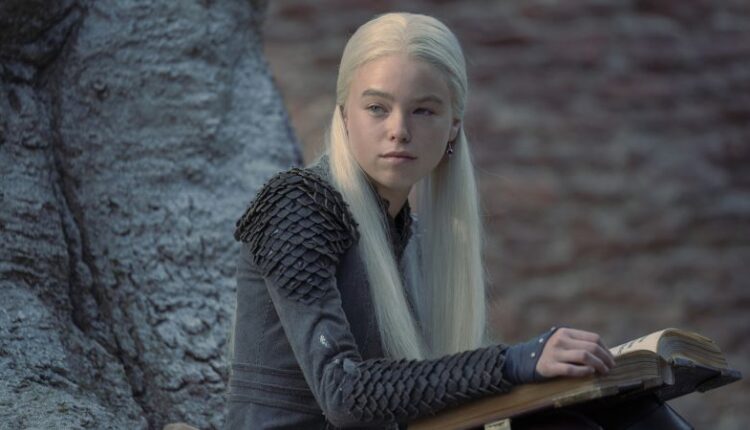 HBO has created a kingdom of hits, with none as popular as “Game of Thrones.” But “Game of Thrones” ended with a thud in 2019 when critics and fans were unhappy with the fantasy epic’s ho-hum conclusion (Bran Stark on the Iron Throne? C’mon!).

So what was HBO to do? Create more “Game of Thrones,” of course.

Enter “House of the Dragon,” a prequel that takes place almost 200 years before the events of its predecessor and focuses on the Targaryen family. The series’ August debut was highly anticipated, and while the show may not have seemed like much of a risk, a bad start could have been wiped out the entire “Game of Thrones” brand faster than a Stark at a royal wedding.

The series has not slowed down since.

“Dragon” has seen week-over-week gains since episode three, according to Variety. That includes a 3% increase for the pivotal episode six, in which the series jumps forward in time by a decade and recasts many characters, including the lead, Princess Rhaenyra Targaryen.

According to entertainment research firm Parrot Analytics, the show’s global demand for its premiere was 64 times more than the demand for the average show worldwide. (“Demand” is Parrot’s metric that measures such factors as downloads and social engagements of a program.) After the seventh episode aired, demand peaked the next day at roughly 138 times. Those metrics mean that global demand grew 114% between the premiere and its peak.

That success comes amid stiff competition. “Dragon’ airs at 9 pm ET against NBC’s “Sunday Night Football,” which has long been one of TV’s highest rated broadcasts. Finding an audience during NFL games is no easy task, but like its predecessor, “Dragon” does it every week. (It doesn’t hurt that “Game of Thrones” is pretty much like watching sports, albeit with more dragons.)

What’s more, fantasy buffs have a litany of titles to choose from right now: Marvel shows, DC shows, Star Trek Shows as well as “Lord of the Rings: The Rings of Power,” Amazon Prime’s very big bet on Lord of the Rings franchise. Oh, and let’s not forget the Disney+ series set in a galaxy far, far away, Star Wars’ “Andor.”

As “Dragon” approaches its finale in a few weeks, its success so far opens even more possibilities for the Game of Thrones brand, which has continued to stay popular even after leaving a sour taste over its ending.

That’s good news for HBO and Warner Bros. Discovery, which will utilize the franchise across multiple platforms from traditional TV to streaming service, HBO Max — arguably the most important aspect of the company’s vast portfolio.

And it’s why the series has already been renewed for a second season. There’s still a lot of fire in the world of Westeros.