German diplomat arrested in Brazil for alleged murder of husband 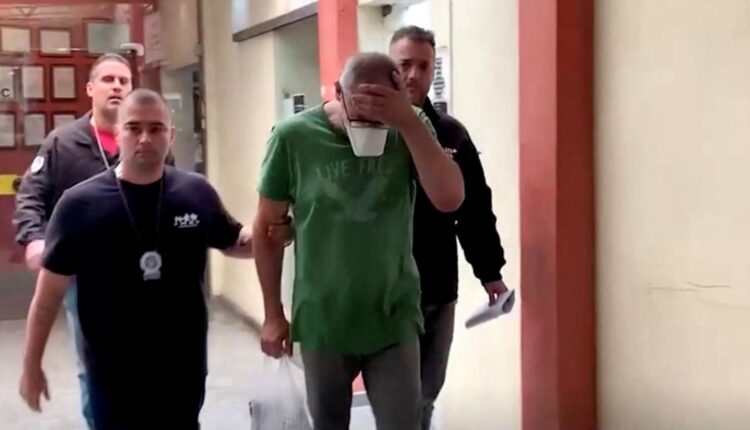 Rio police first took Hahn into custody on Saturday after his husband, Walter Henri Maximilien Biot, 52, was found dead in an apartment in the Ipanema neighborhood, police said. Video showed Hahn being escorted by Brazilian police outside a police station in Rio on Sunday.

Brazilian judge Rafael de Almeida Rezende cited alleged attempts to tamper with evidence among the factors in his decision to keep the diplomat in custody.

According to the decision, obtained by CNN, “the apartment was cleaned before the forensics team carried out its examination, a fact that by itself demonstrates that the release of the suspect in custody could lead to serious encumbrances to the collection of evidence.”

The judge’s order describes the crime scene and states “several lesions on the victim’s body originating from blunt-force trauma, with one of the [lesions] compatible with a foot stomp and the other with the deployment of a cylindrical instrument (supposedly a wooden club).”

The judge’s ruling also said that forensics “detected blood splatter on the property, markedly in the couple’s bedroom and in the bathroom, compatible with the dynamics of a violent death.”

Hahn’s defense argued to the court that the diplomat is entitled to diplomatic immunity, and for a writ of habeas corpus, reports CNN Brasil.

Habeas corpus is a legal principle that allows people who believe they are being held unlawfully in prison or detention to challenge it, and successful challenges can lead to a detainee’s release.

But the judge ruled that “an arrest due to an intentional crime against life, committed inside the couple’s apartment (so outside of the consular environment) has no relation whatsoever to consular duties.”

Video released to CNN Brasil shows Hahn explaining to police chief Camila Lourenço that Biot had shown signs of panicking, acting nervously or “strange” in the days leading up to his death.

In the video taped police interview, Hahn described how the couple were sitting on the sofa when Biot stood up suddenly and ran toward the balcony before falling face down on the floor.

He tells the chief that he thinks his husband slipped.

“It was very fast,” he said as he walks around the apartment the couple shared.

Hahn said he initially thought Biot was drunk and took a photo of his husband, which he sent to a friend along with the message, “Walter is drunk again.”

Hahn said he then tried to pick Biot up to take him to bed when he noticed his husband was bleeding.

CNN has reached out to Hahn’s lawyers but they were unavailable for comment.

German Foreign Office sources also confirmed to CNN the “arrest of an employee posted to the Consulate General in Rio de Janeiro.”

“Our Embassy in Brasilia and the Consulate General in Rio de Janeiro are in close contact with the Brazilian authorities investigating this case,” the foreign office sources said, adding that due to the ongoing investigations and for personal privacy reasons, they could not disclose additional information.

CNN’s Camilo Rocha in Sao Paulo and Benjamin Brown in London contributed to this report.