Global markets try to put last year’s misery behind them 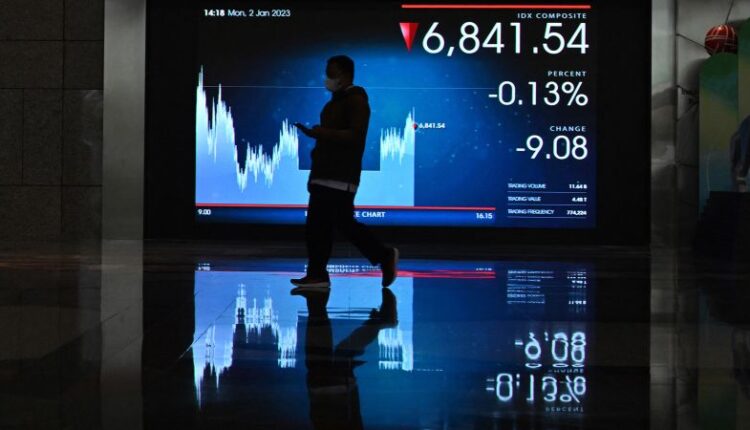 Global stocks are pushing higher on the first major trading day of 2023 as investors try to look beyond a gloomy outlook for the world economy, China’s worst Covid outbreak and stubbornly high inflation in Europe.

US markets are waiting for the first major economic news of the year, due later this week. A key report on manufacturing, new data on labor market openings and the minutes from the latest Federal Reserve meeting are due out Wednesday. The jobs report for December will be released Friday.

Investors in Europe were buoyed by survey data, released Monday, showing that supply chain and inflation pressures were easing slightly for manufacturers in the economies that use the euro currency.

Shortages of parts in Germany, the biggest economy in Europe, have also abated, according to data released by the Institute for Economic Research (Ifo) on Tuesday. Inflation in the country continues to trend downwards. Data published Tuesday by the German Federal Statistics Office showed that consumer prices rose 8.6% in December, compared with 10% the previous month, and 10.4% in October.

London’s FTSE 100 index clocked up gains of 2.3% in morning trading, before easing slightly to stand 1.6% higher.

Holger Schmieding, chief economist at Berenberg bank, struck a cautiously optimistic note about the year ahead.

“Unless a major new geopolitical shock intervenes, the new year could be far less unsettled than 2022. Especially for Europe, the outlook continues to become substantially less negative,” he wrote in note Tuesday.

Hong Kong’s Hang Seng Index dropped by as much as 2% after a closely watched private survey showed China’s economy ended last year with a slump in factory activity. But the index soon reversed course to gain 1.8% by the close, as hopes for the reopening of the city’s border with mainland China on January 8 boosted stocks.

Stocks in mainland China also had a choppy first-day trading. The Shanghai Composite opened lower, but then clawed back losses to close 0.9% higher.

Many suffered deep losses in 2022 as central banks hiked interest rates at an unprecedented clip in a bid to control surging inflation.

Predicting the state of markets is notoriously tricky — and often downright wrong — but it looks likely that many of last year’s economic headwinds will stick around, and some could get even worse.

Kristalina Georgieva, head of the International Monetary Fund, warned in an interview with CBS that aired on Sunday that 2023 will be tougher on the global economy than 2022 was.

Georgieva said that the world’s three biggest economies, the United States, the European Union and China, are all “slowing down simultaneously,” and the IMF expected “one third of the world economy to be in recession” this year.

“Almost everyone is going into 2023 with a healthy dose of trepidation,” Craig Erlam, senior market analyst at Oanda, said in a Tuesday note.

“The outlook is understandably gloomy and will remain so unless something significant changes, either on the war in Ukraine or inflation,” he added.

Investors can expect the world’s central banks to continue hiking interest rates to tame historic levels of inflation, despite signs that price rises globally have started to cool, in part due to a drop in energy prices.

Both the European Central Bank and US Federal Reserve have said they plan to continue to raise the cost of borrowing in the near term, a move that typically hurts companies’ profits — and their investors.

China is also unpredictable. While investors are broadly happy that the country ditched its strict zero-Covid policy last month — promising to lift demand across the world’s second-biggest economy — rocketing numbers of cases and a potential contraction in the early part of 2023 could limit gains.