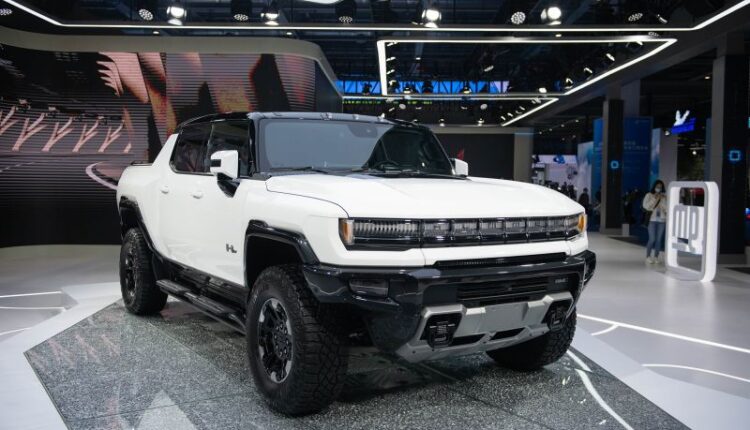 There’s a lot of buyer interest in the electric Hummer now being offered by Chevrolet. But there’s limited capacity to build them, and now General Motors has stopped taking orders for the massive EV.

“We’re excited to say this incredible demand has led to Hummer EV reservations being fully booked at this time,” said a statement from the company.

GM could not say how long it will take to deliver all these pre-ordered 90,000 Hummers, but this is yet another sign that as traditional automakers move to ramp up sales and production of their EV offerings, there is far more demand for them than supply.

GM has a target to produce only zero-emission vehicles by the year 2035, and other traditional automakers have similar goals. Part of the shift is driven by tougher environmental regulations that, in some cases, will block the sale of gasoline-powered cars. But a good portion is driven by customer demand.

(GM) just announced an agreement to sell 175,000 EVs to Hertz, but it will take it five years to complete the deliveries. Ford

(F) has a “multi-year order bank” for its EV pickup, the F-150 Lightning, as well as its Mustang Mach-E SUV.

Ford stopped taking reservations for the F-150 Lightning when its order backlog reached 200,000 at the end of 2021. Deliveries of the electric pickup began in May and the company working to increase production but ihas built and delivered only 6,800 vehicles through the end of August.

And even Tesla, the world’s largest EV maker who makes nothing but EVs, has reported it had only a four-day supply of inventory as of the end of June.

Much of the problem for all EV automakers is a shortage of the large lithium batteries needed to power the vehicles. Virtually all of the traditional carmakers have announced massive investment to build EV battery plants, typically with a battery maker as a joint venture partner. Most of those plants are still under construction, and are years away from turning out enough batteries to meet demand.

Ford’s Mustang Mach-E is an SUV. An earlier version of this story misstated the vehicle model.