Greek prime minister says he was unaware of phone tapping 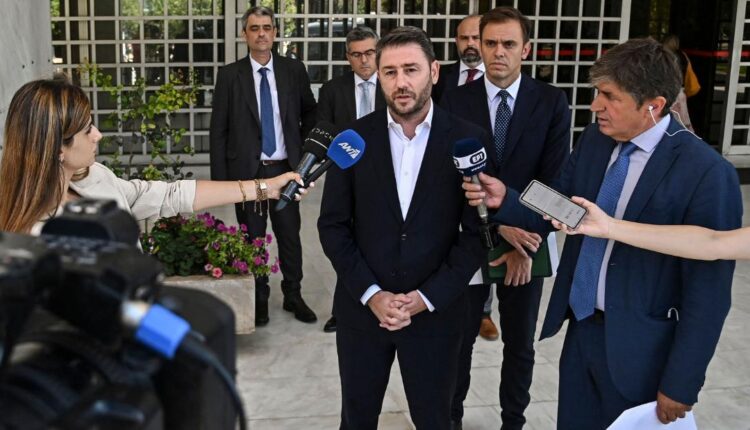 In an attempt to limit the political damage caused by the accusations, Mitsotakis said Monday in a televised address to the nation that although the surveillance operation was legal and “everything was done in accordance with the law, it was wrong. I didn’t know about it and I would never allow it.”

“The Greek intelligence service underestimated the political dimension of this action,” Mitsotakis also said, adding that “it should never have happened.”

The scandal first broke last week when Nikos Androulakis revealed he had been informed by the European parliament of an attempt to bug his mobile phone with surveillance software.

He subsequently filed a complaint with Greece’s supreme court over “attempted” spying on his cell phone.

Further investigation showed that in addition to the attempted hack, as the Greek prime minister confirmed, the phone had been intercepted by Greece’s National Intelligence Service (EYP) over a three-month period in 2021.

“I never expected the Greek government to spy on me using the darkest practices,” Androulakis said in a televised address Friday.

The head of EYP, resigned Friday “following mistaken actions found during lawful wiretapping procedures,” according to a statement from Mitsotakis’ office sent to CNN

The secretary general of the prime minister’s office, to which EYP reports, also resigned.

Androulakis was elected as the leader of the third-largest party in the Greek parliament, centrist PASOK, in December 2021.

He has urged the Greek parliament to establish an investigative committee to look into potential political responsibilities.

Main opposition party leftist Syriza has launched a fierce attack on the government referring to a “Greek Watergate moment.” Greece faces an election year in 2023.

The EYP reports directly to the prime minister’s office, under legislation passed when the current government took office.

During the Monday address, Mitsotakis also announced measures to further strengthen the legal framework, monitoring and transparency in EYP and said that EYP’s contribution is crucial and cannot be overshadowed by an error like this.