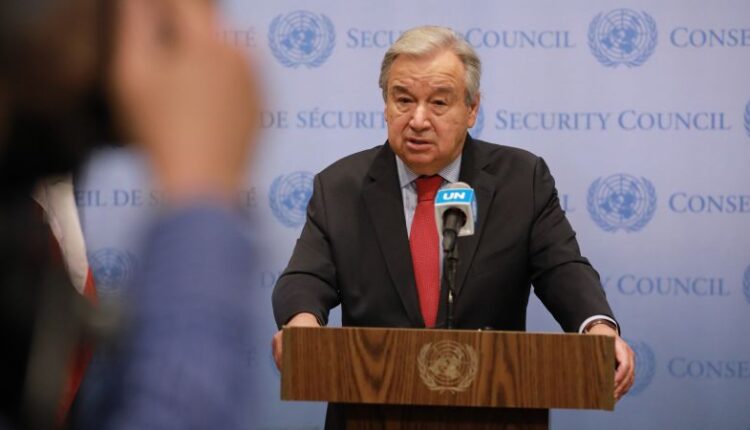 United Nations Secretary-General Antonio Guterres has urged the international community to consider deploying forces to Haiti to address growing humanitarian and security crises in the country.

Guterres’ comments come just days after the Haitian government itself asked for international military assistance as the country deals with rampant gang violence, a deadly cholera outbreak and anti-government protests that have paralyzed the country since late August. e country have mostly been shuttered as Haitians have been demonstrating against chronic gang violence, poverty, food insecurity, inflation and fuel shortages.

Guterres on Sunday urged the international community “to consider as of matter of urgency the request by the Haitian Government for the immediate deployment of an international specialized armed force.”

What exactly that force would consist of remains unclear.

Haiti’s capital, Port-au-Prince, was the sight of brutal gang battles this summer that saw whole neighborhoods set aflame, displacing thousands of families and trapping others in their homes, afraid to leave even in search of food and water.

Hundreds were left dead, injured or missing. Criminals still control or influence parts of the country’s most populous city, and kidnappings for ransom threaten residents’ day-to-day movements. In recent weeks, demonstrators in several cities called for Henry’s resignation in the face of high fuel prices, soaring inflation, and unchecked crime.

Their fury was further fueled last month when Henry announced that he would cut fuel subsidies in order to fund the government – a move that would double prices at the pump. Haiti’s powerful gangs have exacerbated the fuel crisis by blocking the country’s main port in Port-au-Prince.

“We hope the international community sends rapidly the specialized armed forces in response to our demand before things get worse,” Jean Junior Joseph, an adviser to Henry, told CNN on Monday.