How a sleepy corner of the market nearly triggered a meltdown 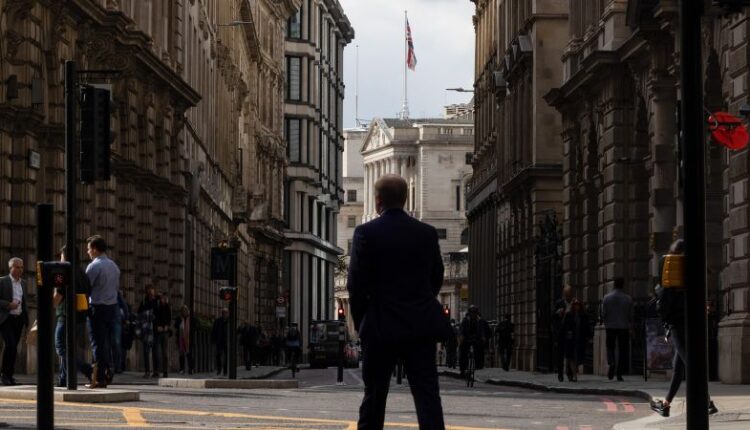 But as markets in the United Kingdom went haywire last week, hundreds of British pension fund managers found themselves at the center of a crisis that forced the Bank of England to step in to restore stability and avert a broader financial meltdown.

All it took was one big shock. Following finance minister Kwasi Kwarteng’s announcement on Friday, Sept. 23 of plans to ramp up borrowing to pay for tax cuts, investors dumped the pound and UK government bonds, sending yields on some of that debt soaring at the fastest rate on record.

The scale of the tumult put enormous pressure on many pension funds by upending an investing strategy that involves the use of derivatives to hedge their bets.

As the price of government bonds crashed, the funds were asked to pony up billions of pounds in collateral. In a scramble for cash, investment managers were forced to sell whatever they could — including, in some cases, more government bonds. That sent yields even higher, sparking another wave of collateral calls.

“It started to feed itself,” said Ben Gold, head of investment at XPS Pensions Group, a UK pensions consultancy. “Everyone was looking to sell and there was no buyer.”

The Bank of England went into crisis mode. After working through the night of Tuesday, Sept. 27, it stepped into the market the next day with a pledge to buy up to £65 billion ($73 billion) in bonds if needed. That stopped the bleeding and averted what the central bank later told lawmakers was its worst fear: a “self-reinforcing spiral” and “widespread financial instability.”

In a letter to the head of the UK Parliament’s Treasury Committee this week, the Bank of England said that if it hadn’t interceded, a number of funds would have defaulted, amplifying the strain on the financial system. It said its intervention was essential to “restore core market functioning.”

Pension funds are now racing to raise money to refill their coffers. Yet there are questions about whether they can find their footing before the Bank of England’s emergency bond-buying is due to end on Oct. 14. And for a wider range of investors, the near-miss is a wake-up call.

For the first time in decades, interest rates are rising quickly around the world. In that climate, markets are prone to accidents.

“What the previous two weeks have told you is there can be a lot more volatility in markets,” said Barry Kenneth, chief investment officer at the Pension Protection Fund, which manages pensions for employees of UK companies that become insolvent. “It’s easy to invest when everything’s going up. It’s a lot more difficult to invest when you’re trying to catch a falling knife, or you’ve got to readjust to a new environment.”

The first signs of trouble appeared among fund managers who focus on so-called “liability-driven investment,” or LDI, for pensions. Gold said he started to receive messages from worried clients over the weekend of Sept. 24-25.

LDI is built on a straightforward premise: Pensions need enough money to pay what they owe retirees well into the future. To plan for payouts in 30 or 50 years, they buy long-dated bonds, while purchasing derivatives to hedge these bets. In the process, they have to put up collateral. If bond yields rise sharply, they are asked to put up even more collateral in what’s known as a “margin call.” This obscure corner of the market has grown rapidly in recent years, reaching a valuation of more £1 trillion ($1.1 trillion), according to the Bank of England.

When bond yields rise slowly over time, it’s not a problem for pensions deploying LDI strategies, and actually helps their finances. But if bond yields shoot up very quickly, it’s a recipe for trouble. According to the Bank of England, the move in bond yields before it intervened was “unprecedented.” The four-day move in 30-year UK government bonds was more than twice what was seen during the highest-stress period of the pandemic.

“The sharpness and the viciousness of the move is what really caught people out,” Kenneth said.

The margin calls came in — and kept coming. The Pension Protection Fund said it faced a £1.6 billion call for cash. It was able to pay without dumping assets, but others were caught off guard, and were forced into a fire sale of government bonds, corporate debt and stocks to raise money. Gold estimated that at least half of the 400 pension programs that XPS advises faced collateral calls, and that across the industry, funds are now looking to fill a hole of between £100 billion and £150 billion.

“When you push such large moves through the financial system, it makes sense that something would break,” said Rohan Khanna, a strategist at UBS.

When market dysfunction sparks a chain reaction, it’s not just scary for investors. The Bank of England made clear in its letter that the bond market rout “may have led to an excessive and sudden tightening of financing conditions for the real economy” as borrowing costs skyrocketed. For many businesses and mortgage holders, they already have.

So far, the Bank of England has only bought £3.8 billion in bonds, far less than it could have purchased. Still, the effort has sent a strong signal. Yields on longer-term bonds have dropped sharply, giving pension funds time to recoup — though they’ve recently started to rise again.

“What the Bank of England has done is bought time for some of my peers out there,” Kenneth said.

Still, Kenneth is concerned that if the program ends next week as scheduled, the task won’t be complete given the complexity of many pension funds. Daniela Russell, head of UK rates strategy at HSBC, warned in a recent note to clients that there’s a risk of a “cliff-edge,” especially since the Bank of England is moving ahead with previous plans to start selling bonds it bought during the pandemic at the end of the month.

“It might be hoped that the precedent of BoE intervention continues to provide a backstop beyond this date, but this may not be sufficient to prevent a renewed vigorous sell-off in long-dated gilts,” she wrote.

As central banks jack up interest rates at the fastest clip in decades, investors are nervous about the implications for their portfolios and for the economy. They’re holding more cash, which makes it harder to execute trades and can exacerbate jarring price moves.

That makes a surprise event more likely to cause massive disruption, and the specter of the next shocker looms. Will it be a rough batch of economic data? Trouble at a global bank? Another political misstep in the United Kingdom?

Gold said the pension industry as a whole is better prepared now, though he concedes it would be “naive” to think there couldn’t be another bout of instability.

“You would need to see yields rise more quickly than we saw this time,” he said, noting the larger buffers funds are now amassing. “It would require something of absolutely historic proportions for that not to be enough, but you never know.”

The Next Splatfest Has Been Announced And It Begins Next Month