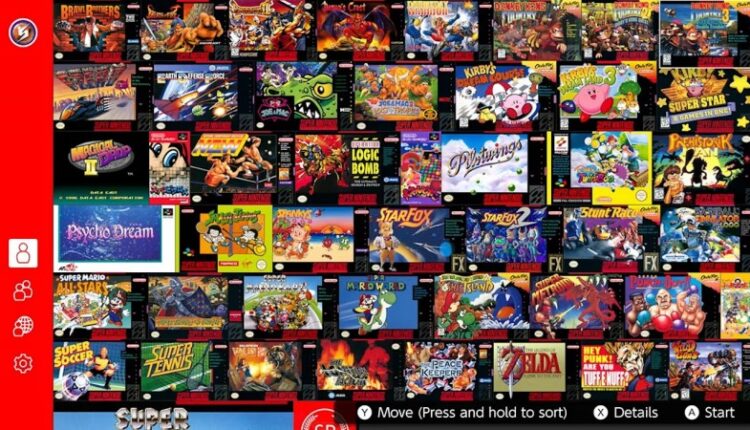 
When Nintendo first introduced the Switch Online classic games catalog featuring NES games, I bemoaned the announcement of what I saw as an inferior content delivery system. Not only were we asked to play with a substantially smaller library of games than what we had on Wii or Wii U, but I didn’t even have the option to buy those games. Instead, we were given a small library of games from a single console with no way to carry over entitlements from previous purchases or actually own the classic games I was playing. I felt Nintendo Switch Online was a worse service in every way, even as Nintendo expanded the offerings to include a robust NES and SNES library.

Then in 2020, something changed. With many of my normal social activities put on hold, I found myself with more free time at home than ever before. I largely spent that time getting caught up on TV shows, movies, and, yes, video games. As part of that, I dove deeper into the classic game offerings on Nintendo Switch Online – after all, I was paying for the whole suite, not just Super Mario World, as my playing habits could have led you to believe. What I found was a wide range of titles I had either never heard of, never played, or completely forgot about from my childhood.

Yes, having access to old favorites like Super Mario Bros. 3, The Legend of Zelda: A Link to the Past, and Donkey Kong Country is amazing, but I had a surprising amount of fun digging into the titles I would never have if I had to pay for each title individually. As someone who grew up with an SNES, Genesis, and Nintendo 64, those previously unplayed gems largely live in the NES catalog. I played a ton of NES as a kid, but it was never at my house unless someone brought theirs over. As such, I was at the mercy of what games my friends owned. I initially missed out on titles like NES Open Tournament Golf, Rygar, and StarTropics, and I relish the opportunity to go back in time to games like Gradius, Ice Hockey, and Super Dodge Ball – titles I played at friends’ houses but never owned. And it also allows me to play SNES games I missed that I always wanted to try (Pilotwings, Donkey Kong Country 3, and Super Punch-Out!!) without having to shell out the extra money.

Then, it’s made even better by the fact that it adds some extra features. Save states and rewind functionality are pretty standard additions for retro games these days, but Nintendo also added online multiplayer for several titles in the various libraries. However, I most appreciate the special versions of select games Nintendo has added over the years, like a version of Super Mario World with Special World cleared and the various twists that come with that, or a version of Super Metroid with Samus fully upgraded. While there’s something to be said about working your way through these games to earn these prestigious unlocks, having access to these right off the bat through these optional special versions is a cool twist on the standard retro game offerings.

In 2021, Nintendo introduced the Switch Online Expansion Pack, giving players access to N64 and Genesis games, plus premium expansions for games like Splatoon 2, Mario Kart 8 Deluxe, and Animal Crossing: New Horizons. While I loved my Genesis back in the day, the Nintendo 64 was the component I was most excited about with this new subscription tier. Unfortunately, it wasn’t wholly the experience I was hoping for when it launched, but through added availability of the N64 controller for Switch, a continued rollout of new titles to the service, and improved emulation, the Nintendo 64 did the same thing for me that the other catalogs did: It gave me the chance to revisit old favorites and experience games I missed when I was younger.

That’s not to say Nintendo Switch Online’s classic games catalog is better than the Virtual Consoles of Wii and Wii U in every way. In fact, there are many places where it falls well short of the previous official method of playing these classic titles on modern Nintendo hardware. For one, content ownership is something I feel we undervalue in today’s world of Netflix and Spotify. Yes, those services deliver excellent bang for your buck, but I can’t tell you the number of times I’ve fired up Netflix to watch something specific, only to find that the show or movie is no longer on the service. At least with movies, TV shows, music, and most game-subscription services, I have the option to purchase the content digitally on modern hardware, whereas with retro Nintendo games, my only official option on modern hardware is the route of non-ownership through this subscription service.

On top of that, some of the games (Nintendo 64, in particular) featured shoddy emulation in the Switch Online library. While that could happen regardless of if it’s Switch Online or Virtual Console, it’s unfortunate that some games don’t play as well as they did 25 years ago when the Nintendo 64 library is among the major selling points for the higher-priced Expansion Pack. Thankfully, Nintendo has improved its N64 emulation in the time since the catalog’s launch.

Now, if only we could cut down on the vast number of subscription services, but that’s a conversation for another time.

For more Nintendo talk from Brian, be sure to subscribe to All Things Nintendo, a weekly podcast he hosts covering the biggest news and games from the world of Nintendo. To learn about the various games offered by Nintendo Switch Online, head here.