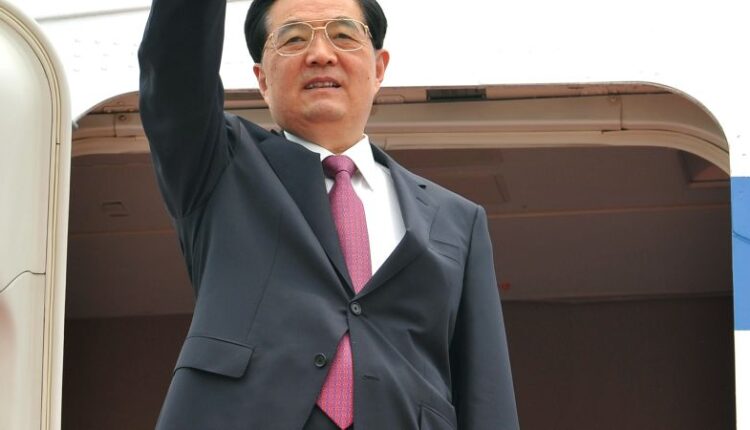 Here is a look at the life of Hu Jintao, former president of the People’s Republic of China.

Is the first Chinese leader to start his political career after the 1949 Communist revolution.

1964-1965 – Postgraduate and political instructor at Tsinghua University in the Water Conservancy Engineering Department.

1965-1968 – Works in research and development (R&D) and as a political instructor at Tsinghua University in the Water Conservancy Engineering Department.

1968-1974 – Works for the Ministry of Water Conservancy, post-Cultural Revolution.

1982-1985 – Works for the Secretariat of the Central Committee of the Communist Youth League of China, eventually becoming its leader.

1985-1988 – Rises to Secretary of the Guizhou Provincial Party Committee.

1988-1992 – Secretary of the Party Committee of Tibet Autonomous Region.

1989 – Uses the Chinese military to stamp out Tibetan protests against China’s rule.

1992-1997 – Member of the 14th CPC Central Committee, the Politburo and the Standing Committee.

September 19, 2004 – Chairman of the 16th CPC Central Committee and the Central Military Commission.

March 13, 2005 – Chairman of the Central Military Commission of the PRC.

January 30-February 10, 2007- Makes an eight-nation tour through Africa. During the trip, Hu negotiates more than $1 billion of trade deals, loans and debt cancellations with countries such as Liberia, Sudan and South Africa.

November 18-19, 2008 – Hu makes a two-day visit to Cuba. He meets with former President Fidel Castro and promises that China will provide Cuba with $78 million in donations and credit.

April 1, 2009 – Meets US President Barack Obama for the first time during economic summit in London.

January 18-21, 2011 – Travels to the United States for a four-day visit. The visit includes a state dinner at the White House.

November 15, 2012 – Steps down as General Secretary of the CPC Central Committee and as Chairman of the Central Military Commission (CMC).

March 14, 2013 – Formally steps down as president of the People’s Republic of China.

October 22, 2022 – At a key Communist Party Congress, Hu is repeatedly prevented from looking at official documents in front of him. Following a series of exchanges between senior party leaders, he is then escorted out. As Chinese President Xi Jinping is set to begin a norm-breaking third term, Chinese state media on Twitter claim that Hu’s removal is due to ill-health.