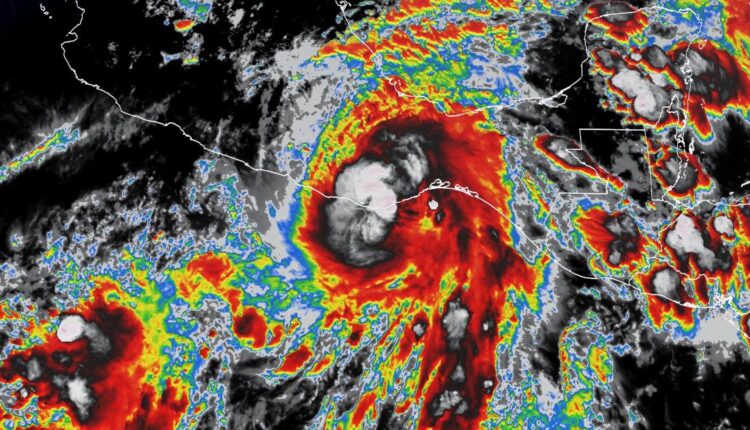 
Agatha had rapidly intensified in the eastern Pacific Ocean and was nearing major hurricane status as it approached the southern Mexican coast Sunday night.

The first hurricane of the eastern Pacific season, Agatha made landfall as a Category 2 storm with winds of 105 mph.

Agatha will continue to produce strong winds, dangerous storm surge and flooding rains as it moves slowly inland over the next 24 hours.

“Rapid weakening is expected after landfall, and Agatha is forecast to dissipate over southeastern Mexico by late Tuesday,” the hurricane center said.

The hurricane center warns storm surge is expected to continue producing extremely dangerous coastal flooding in areas near and to the east of where the center of Agatha made landfall. Heavy rain will fall over portions of southern Mexico through Tuesday night. The heaviest rain is expected in Oaxaca, with 10 to 16 inches forecast and isolated areas possibly receiving up to 20 inches. Life-threatening flash flooding and mudslides may occur.

“The heaviest rain is forecast across the Mexican state of Oaxaca, where 10 to 16 inches are expected but isolated totals up to 20 inches is possible,” the hurricane center said.

Agatha’s remnants may contribute to the gradual development of a tropical system in the “far southwest Gulf of Mexico around mid-week or in the northwest Caribbean by the latter part of this week,” according to the National Hurricane Center’s Atlantic Tropical Weather Outlook. “Regardless of development, locally heavy rains will be possible across southern Mexico, the Yucatan Peninsula, Guatemala, and Belize through the week,” the center said.

Apex Legends Is Still The Best Battle Royale, And It’s Not Even Close