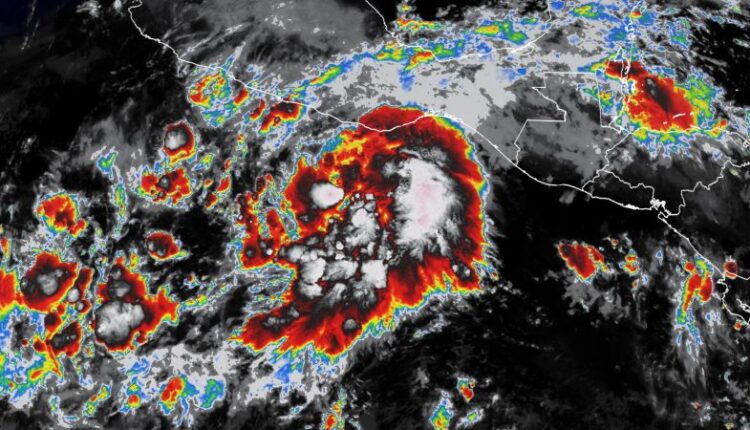 Tropical Storm Agatha has formed to become the first storm of the 2022 eastern Pacific hurricane season.

Agatha has sustained winds of 45 mph and is 220 miles south-southwest of Puerto Angel, Mexico.

“Storm surge could produce coastal flooding near and to the east of where the center passes the coast in areas of onshore winds,” the National Hurricane Center said. “The surge may be accompanied by large and destructive waves.”

In addition to storm surge, heavy rains from Agatha will hit portions of southern Mexico by Sunday into Tuesday night.

“The heaviest rain is forecast across the Mexican state of Oaxaca, where 10 to 16 inches are expected but isolated totals up to 20 inches is possible,” the hurricane center said.