IAEA mission expected to visit Zaporizhzhia in the ‘next few days’ 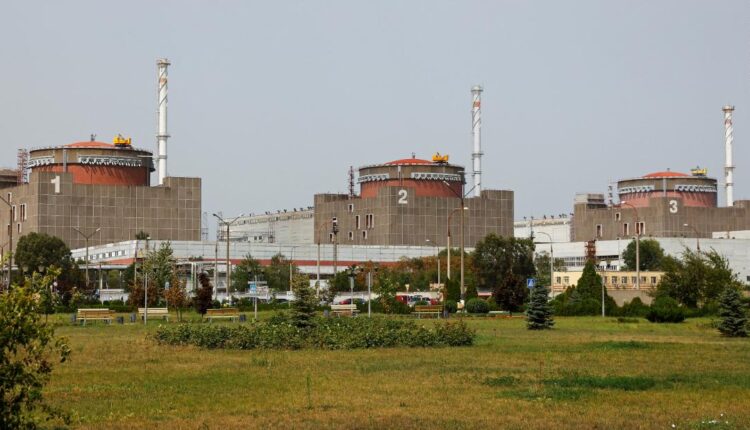 IAEA Chief Rafael Grossi “said he was continuing his consultations with all parties with the aim to send an IAEA expert mission to the #ZNPP in the next few days to help ensure nuclear safety and security there,” the United Nations’ nuclear watchdog tweeted on Sunday.

Grossi himself is a member of the team participating in the expert mission, according to a report from the New York Times. The Times says it saw Grossi on a list of names, which also included “13 other experts from mostly neutral countries.”

“Neither the United States nor Britain, countries that Russia scorns as unfairly biased because of their strong support for Ukraine, is represented,” the Times reported.

When CNN reached out to the IAEA on Sunday about the makeup of the expert mission, the nuclear watchdog declined to comment, saying it would not make such information public and that “all IAEA missions have members from different Member States, selected on the basis of their relevant expertise. They are international civil servants representing the IAEA, not their countries of.”

The IAEA’s announcement comes as both Russia’s Defense Ministry and Ukraine’s nuclear operator Energoatom said Saturday that the site of the Zaporizhzhia nuclear power plant was shelled repeatedly over the past 24 hours, blaming each other for the shelling. Energoatom said Friday that the plant had been reconnected to Ukraine’s electricity grid a day after the plant went offline for the first time in its history.
Zaporizhzhia city authorities have also made iodine pills available to residents as concern grows over a possible nuclear accident. Earlier Sunday, Energoatom said on Telegram that according to Monday’s wind forecast, if a severe nuclear accident were to happen, the radiation cloud “will cover part of the south of Ukraine and the southwestern regions of Russia.”

In a tweet on Sunday Ukraine’s Foreign Minister Dmytro Kuleba called on Russian forces to leave the facility.

“For decades, nuclear safety has remained Ukraine’s top priority, especially given our tragic past. Russian invaders turned Zaporizhzhya NPP into a military base putting the entire continent at risk. Russian military must get out of the plant — they have nothing to do there,” he wrote.

Also on Sunday, the Russian Ministry of Defense blamed Ukraine again for continuing “provocations in order to create a threat of a man-made nuclear disaster” at the Zaporizhzhia power plant. Russian Foreign Ministry spokeswoman Maria Zakharova on Sunday called Ukraine’s actions around the plant “nuclear terrorism.” She added that Russia believes the IAEA inspection of the power plant will take place and that Russia was not “persuaded” into allowing the inspection.

Russian attacks have been ongoing in the wider Zaporizhzhia region. On Sunday, Oleksandr Starukh, Head of Zaporizhzhia Region Civil Military administration, said Russian shelling in Zaporizhzhia’s Tavriyske village destroyed 15 houses. Starukh also said that a day before police received reports of shelling on a four-story residential building in the village of Kamianka in Zaporizhzhia oblast’s Pology district — leading to the death of four civilians, including two minors.

The Russian Ministry of Defense said Sunday that it hit the Motor Sich plant in Zaporizhzhia where Ukrainian military helicopters are repaired. Ukrainian officials have not commented on this claim and Ukraine does not comment on military losses. CNN cannot independently verify this claim.

China’s worst heat wave on record is crippling power supplies. How it reacts will impact us all