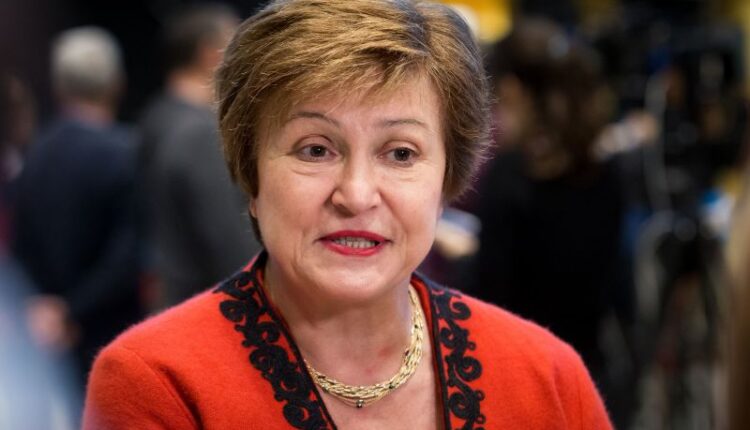 There will be “people on the street” globally unless steps are taken to protect the most vulnerable from inflation, International Monetary Fund’s (IMF) chief Kristalina Georgieva warned on Wednesday.

“It is important to think that this compounded impact of multiple crises is already testing the patience and resilience of people. And if you don’t take action to support the most vulnerable, there would be consequences,” she told CNN’s Christiane Amanpour.

“If we don’t bring inflation down, this will hurt the most vulnerable, because an explosion of food and energy prices for those that are better off is inconvenience — for the poor people, tragedy. So we think of poor people first when we advocate for attacking inflation forcefully,” Georgieva said.

Central banks around the world have “no choice” but to increase interest rates in an effort to combat inflation, she added.

“Fiscal policy, if it goes generously to help everybody, will be actually in the way of monetary policy, it would be the enemy of monetary policy, because you increase demand and that pushes prices again up, and then there has to be more tightening,” the IMF chief said. “The critical question in front of us is to restore conditions for growth, and price stability is a critical condition,” she added.

Events that have driven price increases — mainly the Omicron variant of Covid-19 and Russia’s invasion of Ukraine — have “made inflation today our biggest enemy,” the IMF chief told Amanpour.

“This year is tough, next year tougher. Why? Because of a shock upon shock upon shock. In just a short three years: the pandemic (not yet over), the war, Russia’s invasion pushing energy and food prices up, and then the result is a cost of living crisis,” she told CNN.

When asked about a rise in support for far-right candidates in the likes of Italy and Sweden, Georgieva said that she is “not surprised to see people getting angry. They have been locked in their houses for months and months and months. They see prices jumping up dramatically. And this is why my appeal to policymakers is ‘be considerate.’”

The IMF chief told Amanpour that events that have driven price increases — mainly the Omicron variant of Covid-19 and Russia’s invasion of Ukraine — have “made inflation today our biggest enemy.”

There will be “people on the street,” she said. “If we are not able to protect the sense of survival and the sense of solidarity, this is what is going to happen.”