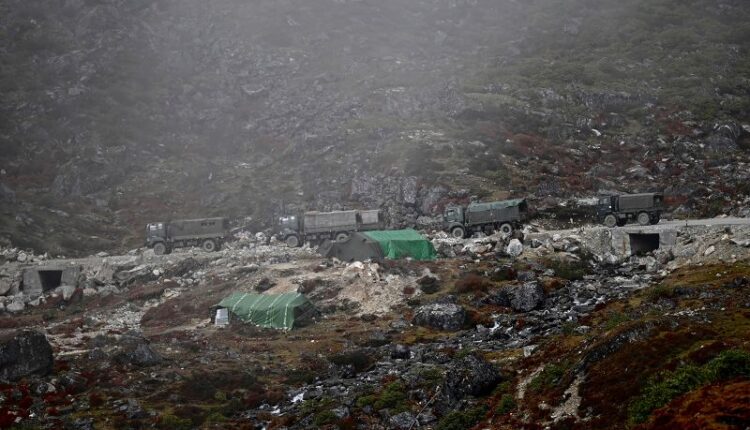 Indian and Chinese troops have begun disengaging from the Gogra-Hotsprings border area in the western Himalayas, the Indian government said Thursday, two years after clashes at the frontier strained diplomatic ties.

The statement comes ahead of a meeting in Uzbekistan next week which Chinese President Xi Jinping and Indian Prime Minister Narendra Modi are expected to attend.

India said disengagement was taking place in a coordinated and planned way and is meant to keep border peace.

“The eyeball-to-eyeball contact has ended,” an Indian defence source said, referring to the latest agreement, although both countries still have thousands of soldiers lined up along the de factor border, known as the Line of Actual Control (LAC).

“The forces have disengaged. They have not been de-inducted.”

“This is the first step towards a calmer LAC,” the source said, declining to be named as they are not authorized to speak to the media.

The Chinese embassy in New Delhi did not immediately respond to calls and an email.

India and China share an undemarcated 3,800 kilometer (2,360 mile) border, where their troops previously adhered to long-standing protocols to avoid the use of any firearms on the frontier.

There have been 16 rounds of meetings between senior military commanders from both countries since June 2020 when Indian and Chinese troops clashed in the Galwan area of Ladakh.

At least 20 Indian and four Chinese soldiers were killed in hand-to-hand fighting, leading to a sharp escalation in tensions between the Asian giants.

India then moved some 50,000 troops along contested areas in Ladakh to match Chinese deployments, some of them at altitudes of over 15,000 feet (4,572 meters), where scarce oxygen and freezing winter temperatures can be life-threatening.

Chinese troops dismantled dozens of structures and moved vehicles to empty out entire camps from the banks of the Pangong Tso lake in Ladakh in February 2021, as part of an agreement by both countries to pull back their soldiers, some of whom were deployed in close proximity to each other.